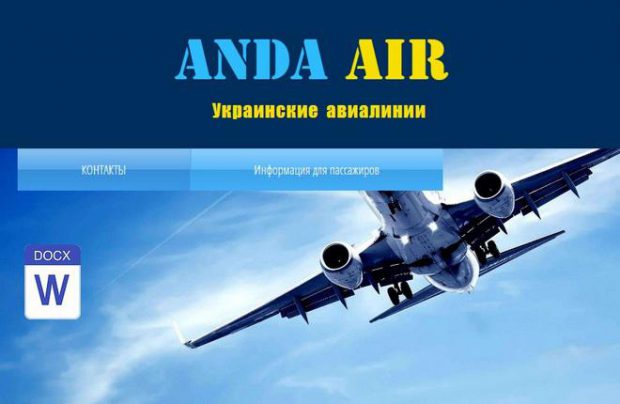 Anda Air, a new Ukrainian charter airline has received a passenger transportation license. A respective order of the State Aviation Administration of Ukraine was issued on September 8.

According to the Ukrainian aviation authorities the carrier’s fleet consists of one narrow-body McDonnell Douglas MD-83 aircraft which was built in 1993. In July the aircraft was registered with the tail number UR-CPB. In addition, the airline operates a Hawker Beechcraft Premier 1A business jet, tail number UR-NST.

As to where Anda Air will be based, Shamenko said that it will depend on the type of aircraft. “There are different limitations. For example, Zhulyany Airport is able to receive MDs with little or no restrictions, wheras there may be some issues with a Boeing 737-400. Aircraft of this type will obviously be based in Boryspil. If there are enough customers to fill the flights, we will go in Odessa – we are a charter company after all”, – stressed top manager.

Anda Air notes that the most popular tourist destinations are Turkey, Egypt, Montenegro, Croatia and Bulgaria. These are the first to be considered for charter flight operations. The carrier says it targets small travel agencies as their primary potential customer base. In the future, Anda Air intends to launch regular flights as well. According to initial plans, it could happen within the next two years.

Anda Air airline was registered in Kiev in late 2015. Along with Shamenko, Georgi Avanesov is listed as the founder of the company. According to Forbes Ukraine Avanesov has a background in business aviation  and is the founder of ICS Aero company.