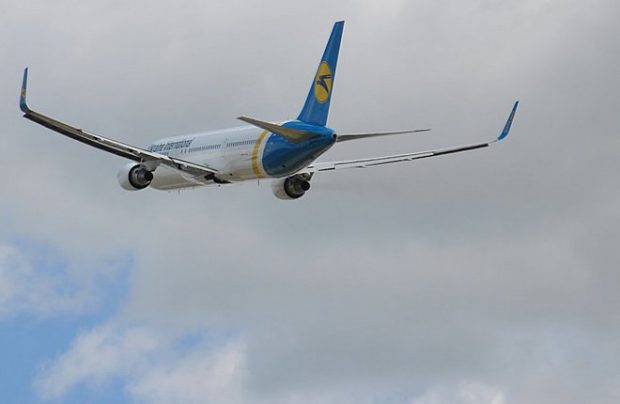 Yury Miroshnikov is stepping down as president of Ukraine International Airlines (UIA) on 12th of September after 15 years of managing Ukraine’s national carrier and working for UIA since 1993. Evgeny Dykhne will take on the leadership role at UIA from September 18, 2019.

Shareholders of UIA decided not to extend Miroshnikov’s contact because the airline needs “new views and people”, Aron Mayberg, UIA’s co-owner and supervisory board chairman revealed at a press conference. “I can’t say that Miroshnikov failed. He worked well and thoroughly, but the problems that needed to be solved were not. Miroshnikov and his team did a lot to stabilise the situation and prevented bad things from happening, but the [ultimate] task was not reached,” Mayberg added.

In its statement, the airline praised Yury Miroshnikov for the company’s transformation from “a local hybrid airline” operating eight aircraft, with 870 employees and transporting 640,000 passengers – into a national flag carrier operating a fleet of 42 medium- and long-haul aircraft, a route network of more than 50 destinations, with nearly 3,000 employees and eight million passengers carried last year.

His replacement, Evgeny Dykhne, was chosen on the basis of him being a ‘crisis manager’ with vast managerial experience in infrastructure businesses, including the now defunct Lviv Airlines and Ukrainian Railways. Between 2014 and 2017 Dykhne held the position of acting director general at Kyiv’s Boryspil International Airport. In 2017, he was appointed first deputy chief executive of the country’s main gateway.

Under the leadership of the new president, Ukraine International Airlines’ primary objective is to reach profitability whilst also ensuring the sustainable development of the carrier’s network business model, the statement claims.

Aron Mayberg says the airline will proceed with the further development of transit traffic through UIA’s Boryspil base airport, despite also acknowledging that a return to the old business model could still make it a profitable concern.

“You can come back, remove the long-range fleet, remove those routes that are needed only for the network effect, be a small company, which UIA basically was, and probably work for a profit. But then the ambitious plans for the development of the hub must be cast aside. Is this good or bad? … probably bad, for everyone. If this happens, it is the loss of a huge number of jobs not only at the airport of Boryspil and UIA, but also in the dozens of structures that work around this,” the co-owner insists.

In 2018, UIA suffered a loss of 2.7 billion Ukrainian hryvnia (US$108 million). As a result, in 2019, under Miroshnikov’s management, the airline froze the planned increase of its fleet size and suspended the expansion of its route network.

Despite being deposed, Miroshnikov will stay with the airline, as he remains a member of the UIA Board. “My entire career is dedicated to aviation and UIA,” he declares. “As a non-executive, I am committed to investing my expertise and my experience to add value to the airline’s business and help the executive team develop a long-term strategy and find solutions to tough managerial challenges.”