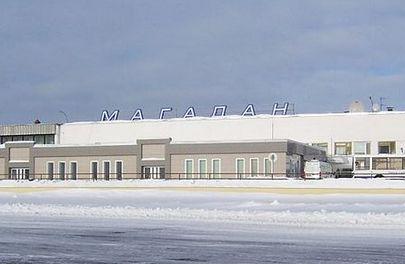 Photo by V A Serguin / Wikipedia

A new terminal building is being built at Magadan Airport as part of an investment project aimed at modernization of the airport, located in the homonymous port city on the Sea of Okhotsk in Russia’s Far East, the Magadan regional administration announced in an official statement. The regional ministries responsible for the project will submit an appropriate design proposal within two weeks. Ownership of the airport, currently in the hands of the federal government, will be transferred to the administration of the region once the project is on track, according to MagadanMedia newswire.

Unlike the old building, the new terminal will have jet bridges and additional aircraft parking slots next to it. The location for the new building has already been determined. After the new terminal is operational, the old one will be converted into cargo terminal, airport’s general director, Sergey Zamarayev, told Russian Aviation Insider.

The project, which will be presented at the Eastern Economic Forum, is “supposed to look attractive for investment” because the administration is counting on raising funds from private investors, said governor of Magadan region, Vladimir Pechiony. The financial model is yet to be calculated, but Pechiony believes the potential investors will appreciate the region’s special economic zone, which offers “significant tax benefits.”

There is an ongoing reconstruction at the airport today, done within the framework of the State Program for Transport System Development. The total reconstruction cost of the airport is 6 billion rubles (75 million dollars). As of now, reconstruction of the tarmac and aircraft parking slots, as well as high-mast lights and drainage facilities, has been completed.

In November of last year, the airport was approved for servicing Airbus A330 wide-body aircraft, which prompted Aeroflot to launch flights to Magadan. Aeroflot subsidiary Rossiya is also intending to add the destination to its route network. The airport will soon be able to receive Boeing 777s, Vladimir Pechiony said.