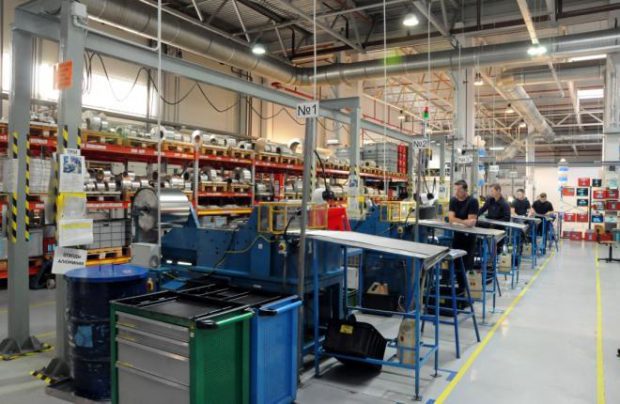 The company will use the new capacities to boost production and expand the product line, particularly through the assembly of heat exchangers for future Boeing 777X widebodies.

The production growth will allow for a 25% increase in sales in 2018, CEO Roman Chichelov says. The second line is expected to reach its design capacity in 2019, bringing company’s total labor hours up 50% to 450,000.

A total of 300 million rubles ($5.2 million) has bee invested in the second production line so far, with 800 million rubles to come in future, Chichelov adds. The investment project might soon become subject to a special investment contract (SIC), which is currently awaiting the approval of the Russian Ministry of Industry and Trade. Viktor Evtukhov, a deputy minister, announced at the facility inauguration ceremony that the SIC might be signed shortly. Only 10% of HS-Nauka’s suppliers are Russian-based. This is because the company has very stringent quality standards and places relatively small orders. This might change soon, however. One of the manufacturer’s supply chain localization projects is with aluminum giant RUSAL.

“We are planning to use Russian-sourced semi-finished aluminum products and are currently working on a pre-production batch,” Chichelov explains. “After we have satisfied ourselves that the plan is workable, we will start thinking how to implement it.”

HS-Nauka was established in Moscow in 1994. In order to meet the growing market demand, the company launched another production site, in Kimry, in October 2011. About 90% of the enterprise’s output is exported.