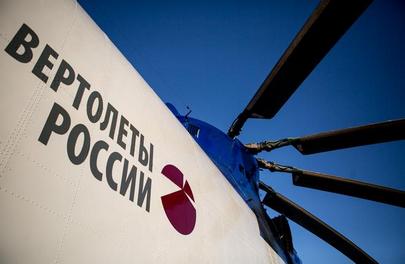 Russian state-owned Rostec Corporation and the Abu Dhabi-based investment fund Mubadala Development have started negotiations that may lead to the sale of a share in Russian Helicopters (part of Rostec) to the Arab company.

Rostec may be able to offer as much as 49% of Russian Helicopters, but Mubadala Development is not likely interested in any more than 20 or 25%, Rostec’s general director Sergey Chemezov said in an interview for The Wall Street Journal. Chemezov added that he views Mubadala Development’s intentions as “serious.”

Earlier, TASS newswire cited Chemezov’s comment, stating that Rostec does not intend to sell the entire major (49%) stake in Russian Helicopters due to a complicated market situation; however, Rostec counts on attracting both strategic and financial investors. Chemezov also did not rule out that the Russian Direct Investment Fund may participate in the deal and find a partner.

This is not the first time in which the idea of privatizing Russian Helicopters has been introduced: in 2011, Oboronprom Corporation (also part of Rostec) was preparing for the rotorcraft holding’s IPO with the aim of raising over 500 million dollars. However, due to low interest in the Russian Helicopters shares, the IPO was cancelled—an insufficient quantity of purchase bids was received in the 19-25 dollars-per-share price segment. Weak market conditions and investor mistrust as a result of the holding’s involvement in defense programs were blamed for the failure.

Today, Russian Helicopters, as well as Rostec and Sergey Chemezov himself, are subject to European and US sanctions.

Mubadala Development has been investing in the aerospace and defense industry since 2002. At the end of 2014, its assets amounted to 66 billion dollars.

According to an assessment made by Vedomosti Daily, Russian Helicopters’ assets may be valued at anywhere from 2.2 to 3.6 billion dollars.