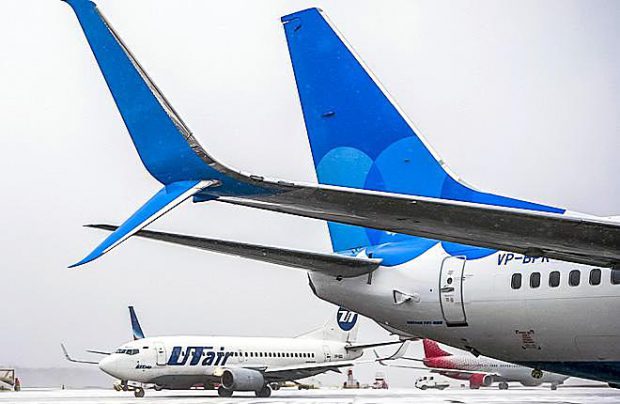 Vnukovo airport (VKO) handled 1.512 million passengers in the first month of 2019, up 11.6 per cent year-on-year, as Aeroflot’s low-cost subsidiary Pobeda Airlines became the biggest contributor to the Moscow airport.

Pobeda carried some 492,900 passengers on flights to and from Russia’s third busiest airport in January, accounting for 32.7 per cent of Vnukovo’s total traffic. Its network, which includes 26 domestic and 22 international destinations from VKO, is now more extensive than any other airline operating flights from the airport.

Pobeda’s own passenger numbers at the airport grew by 31.4 per cent year-on-year in January, as it enjoyed a 62.8 per cent surge on international flights.

Vnukovo’s base carrier and long-time leader Utair, is now in second place with 483,200 passengers, which equates to a 32.1 per cent share of the airport’s total traffic. Utair’s network consists of 31 domestic and 14 international destinations from Moscow.

Rossiya Airlines, another subsidiary of Aeroflot Group, ranks third through Vnukovo, having carried 151,000 passengers in the period. Its share of Vnukovo’s total receded from the 27.5 per cent of September 2018 to just 10 per cent in January, as it split its capital’s bases between VKO and rival Sheremetyevo.

Azur Air, a newcomer to Vnukovo, has become the fourth largest contributor to the airport, having carried 119,400 passengers, or 7.9 per cent of the traffic total. Currently claiming the title of Russia’s largest charter carrier, Azur Air operates flights to 16 international destinations, whilst enjoying a seat load factor averaging 88.9 per cent.

Meanwhile, Uzbekistan Airways is now Vnukovo’s leading foreign carrier and its fifth largest customer, with 63,600 passengers having travelled on its routes through Moscow in January, a 4.2 per cent share of VKO’s total traffic. The Uzbek flag carrier transferred its Moscow’s operations to VKO from rival Domodedovo last November.