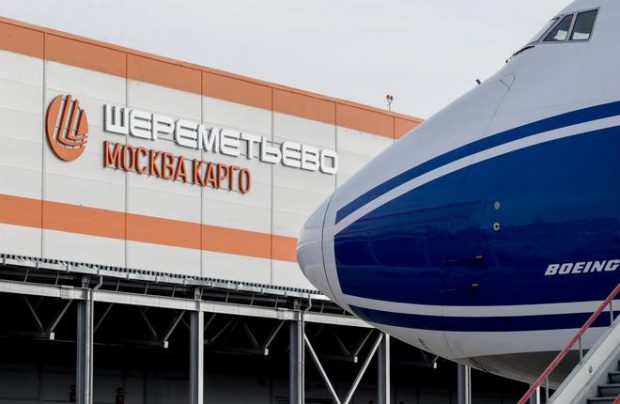 The current Moscow Cargo terminal is a unique facility for Russia and the Eastern European countries in that up to 60% of its operational processes are automated (Leonid Faerberg / Transport-Photo.com)

Sheremetyevo airport has announced plans to launch the second Moscow Cargo terminal in 2020. The company’s general director Vladimir Fedosenko revealed that the design of the building will be finalized before the end of the year, and the construction is scheduled to begin in 2019 and take about a year. All of Sheremetyevo’s airline customers will have the opportunity to use the facility, including, provisionally, Rossiya Airlines, which is in negotiations regarding transfering its Moscow operations to Sheremetyevo from its current base at Vnukovo.

The first Moscow Cargo terminal with the floor area of 43,000 square meters entered service in September 2017. In the first months of its operations the terminal started handling the entire domestic cargo traffic, and added international traffic in January 2018. At the moment the terminal is operating at 50% of its capacity. Fedosenko told Russian Aviation Insider that by the end of 2018 the facility is expected to process anywhere between 250,000 and 280,000 tons of cargo. At the end of 2017 it handled 220,000 tons.

The existing Moscow Cargo terminal is scheduled to reach its rated annual throughput of 380,000 tons in two years. The second terminal is projecteed with th same capacity. It will be constructed instead of the old cargo terminaal, which will be partly demolished by May this year.  It will be adjacent to the first terminal separated by a service lane. Thus, by 2024 the management of Sheremetyevo’s cargo complex estimates the cargo traffic through both terminals to exceed 700,000 tons.

The existing terminal required an investmen of approximately $90 million. The cost of construction of the second terminal will epend on several factors, including the degree of automation of its operations. The first Moscow cargo terminal is unique in that up to 60% of its operational processes are automated (the storge and processing system is supplied by Germany’s Lödige), which minimizes errors due to elimiination of human factor. It is the only cargo complex in Russia and Eastern European countries with such a high degree of automation, which usually ranges between 40 and 50%. In Western Europe London’s Heatrow has the highest automation rate of 75%.

Moscow Cargo handles about 735.7 tons of cargo per day. The share of transit traffic is 36.57%, imported goods take up to 35.27%, export accounts for 17.09% and the remaining 11.07% is mail. According to the company’s data, Moscow Cargo handles 51% of all cargo traffic through Moscow Aviation Cluster, whereas the share of another airport terminal, Sheremetyevo Cargo, is 7%.

The terminal is equipped with automated seven-layer cargo storage and relocation system, which can fit up to 3,198 pallets. The four-layer container storage zone is equipped with ULD automated processing system with the total of 576 slots, 60 of which are refrigerators with temperature control.

Perishable cargo is delivered to aircraft in special vehicles with thermal control. The customer can track his cargo on-line, where information about the stage of transportation and the temperature is displayed. Works of art are provided with both thermal and humidity controlled environment. The dangerous goods warehouses are approved for handling goods of all classes up to 7th (Radioactive materials). AirBridge Cargo also benefitted from the dedicated system for storage of pharmaceuticals, unique for Russia, which enabled the airline to obtain IATA CEIV certificate and transport such cargo along its entire route.

The facility’s 24/7 operations are ensured by staff of 1,850 employees. The complex has the total of 13 conveyor lines with access to apron and 29 stands for cargo admission and release.