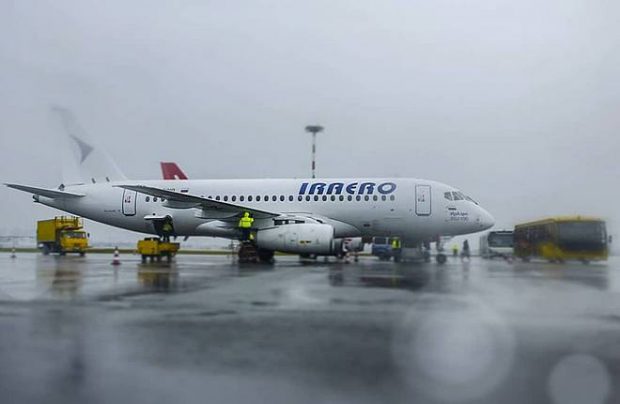 “IrAero has outlined plans for launching scheduled flights operating Boeing 777 services from a number of cities in Russia and China to Zhukovsky and for arranging [onward] passenger transits to destinations in Europe, using Sukhoi Superjet 100 jets,” a Zhukovsky statement points out.

The statement expresses confidence in the “successful implementation of the Superjet programme” and adds that the airline’s wide-body fleet “provides additional opportunities for network expansion, enabling a truly attractive offer for passengers, both in Russia and China.”

The programme is the result of the Irkutsk-headquartered IrAero’s ongoing effort to develop new markets, and will provide passengers with the benefit of additional travel options to China and Europe, helping the fast-growing Zhukovsky reach new traffic levels, the airport says.

Having ended its highly publicised relationship with Chinese travel company Pearl River, IrAero is now searching for a new Chinese partner to help it launch flights from Zhukovsky to Nanjing, Guangzhou, Jinan and Hangzhou. The plan is to then operate SSJ100s between Zhukovsky and European destinations in a new endeavour to add value to the project. Previously, the airline had secured rights to operate 14 weekly flights to Barcelona, but those commercial services have not yet been launched.

IrAero operates a fleet of three Boeing 777-200ERs, eight SSJ100s, three Bombardier CRJ-200LRs and a range of 17 Antonov turboprops. In the first quarter of this year, IrAero ranked 21st among Russian airlines, having carried some 100,000 passengers.

In March, Irkutsk’s regional administration took control of the financially stricken private carrier, but the involvement of Zhukovsky airport in the salvaging of the airline is that it is IrAero’s future hub for international services, and is expected to become the airline’s main base in central Russia.

Zhukovsky, which is located some 25 km from Moscow, opened for passenger operations in May 2016 and served 53,000 passengers in its first year of service. From 426,000 passengers in 2017, its traffic reached 1.16 million passengers last year, as the airport continued to partner with airlines on projects to generate new traffic outside the Russian capital’s ‘aviation cluster’ consisting of the country’s largest airports at Moscow’s Sheremetyevo, Domodedovo and Vnukovo airports.