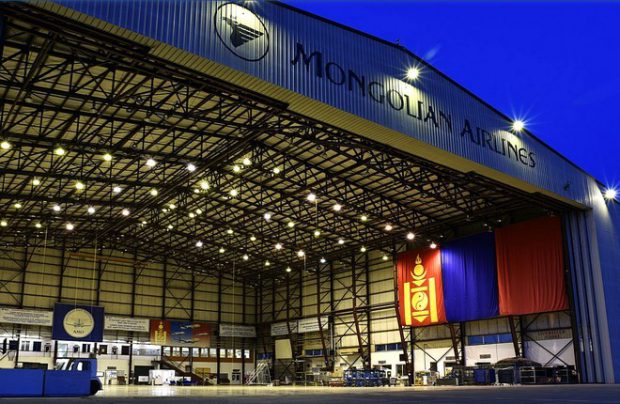 MIAT Technics, the maintenance division of Mongolia’s national carrier MIAT Mongolian Airlines has, for the first time, completed a C-check on an aircraft operated by Ukraine International Airlines (UIA). In doing so, the maintenance specialist based at Ulan-Bator’s Chinggis Khaan airport (IATA: ULN), is continuing to add more customers from the former Soviet Union to its growing portfolio.

Ukraine’s flag carrier ferried its 1991-produced Boeing 767-300ER wide-body for base maintenance from Kyiv to Ulan-Bator, a 5,300 km flight. The aircraft, with registration number UR-GEA, underwent maintenance procedures at MIAT Technics’ facility in the period from January 23 to February 4, 2020, the company’s technical director Ayush Tuvd has revealed to Russian Aviation Insider. The ban imposed on Ukrainian aircraft overflying Russian airspace did not bring substantial additional costs to the airline, he reports. All works were completed in time under MIAT Technics’ own EASA Part 145 approval.

UIA is now the westernmost customer in MIAT Technics’ history, surpassing the Moscow-based Royal Flight that, according to Ayush Tuvd, means this Russian leisure carrier is continuing its cooperation with the Mongolian MRO partner, which is expecting another of Royal Flight’s Boeing 767s for a C-check in the near future.

MIAT Technics’ relationship with Russian airline customers dates back to 2016. As well as Royal Flight, the MRO specialist has been entrusted with the continued airworthiness of the aircraft of Utair, Alrosa and Yakutiya Airlines. According to Tuvd, MIAT Technics now has 12 clients in its portfolio. Apart from its MIAT Mongolian Airlines parent, it serves four airlines from Russia, one from Ukraine and six operators from Asian countries.

Last November the company has won approval to provide aircraft line and base maintenance services on aircraft listed on the Russian register.