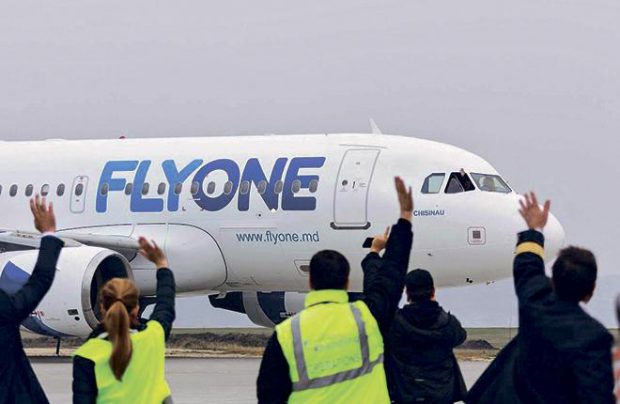 Moldova's Fly One expands its A320 family fleet

Moldovan private airline FlyOne, which positions itself as a low-cost carrier, expands fleet and market share. It has added a third aircraft to its fleet. It is a 144-seat Airbus A319 (s.n. 1608, tail number ER-00002) built in 2001  and powered by CFM56-5 engines. The aircraft, named Chisinau after the Moldovan capital city, landed at FlyOne’s base at Chisinau Airport in mid-October. It was previously operated by Rotana Jet in the United Arab Emirates.

The A319 is the first aircraft of its type in Fly One’s fleet, but not the first acquisition so far this year, In the first half year the airline started operating an Airbus A320 built in 2008 with tail number ER-00001. Another A320, built in 1991 with Armenian registration EK32008 has been flying for the airline since it was founded in 2016. This aircraft is owned by Yerevan-based Atlantis European Airways.

FlyOne said it did not plan to add more aircraft this year. But the newly arrived A319 will allow it to launch new routes. The core of the low-cost airline’s network are flights to Russia and European countries.

Moldovan media quote Fly One’s general director Mircea Maleca (ex-president of state-run Air Moldova and former head of the country’s aviation authorities) as saying that the share of the airline in Chisinau’s total traffic now stands at 19% and is expected to reach 30% in 2018. In January through September Fly One carried over 370,000 passengers

FlyOne was launched in 2016. According to Moldova’s National Statistics Bureau, in the period from January through September cumulative air traffic in the country grew 52% to 1.331 million passengers. Although Air Moldova with seven aircraft in its fleet currently controls the major part of the market, the private Fly One has ambitions of its own.