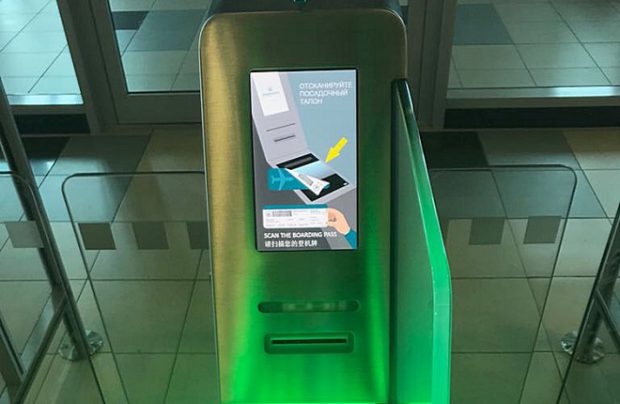 Since the beginning of the year, some 3.3 million passengers have used SITA’s Airport Self-Service Gates at DME (Domodedovo)

Moscow’s Domodedovo Airport (IATA code DME) and technology provider SITA are both basking in the success of a new automated gates processing system, which was successfully introduced for passengers in time for the 2018 FIFA World Cup.

In just over a month during the football championship, more than 1.2 million passengers took advantage of the new technology to speed their way through Russia’s second biggest airport. In total, since the beginning of the year, some 3.3 million people have used SITA’s Airport Self-Service Gates at DME.

Domodedovo is the first airport in Russia to introduce SITA’s sophisticated passenger flow management system, which uses smart validation and automated gates for secure and speedy access control. The gates allow passengers to independently pass through the security controls at the entrance to the airport’s departure zone, and to board the aircraft, by simply scanning their mobile devices or paper boarding passes.

Gennady Zalutsky, chief executive of Domodedovo Integration, enthuses: “SITA’s technology showed its effectiveness during the peaks of traffic when football fans from all over the world flew through Domodedovo for the matches.”

In total, eventually more than 150 automated gates will be installed in Terminals 1 and 2 at Domodedovo. SITA studies show that the use of the self-service gates can cut boarding times by as much as 50 per cent, thereby reducing the risk of flight delays and improving the passenger experience.

Dmitry Krasnov, vice-president of SITA for Russia and the CIS, adds: “We have helped many countries manage major events by introducing technology that automates the flow of passenger through major airports. From the 1984 Olympic Games in Los Angeles to the World Cup in Brazil in 2014 and this year in Russia. While these events are often the catalysts for introducing new technology, we continue to see the benefit of these investments well after the final whistle has gone. This is particularly the case in fast-growth markets such Brazil and Russia where the number of passengers continues to grow rapidly.”