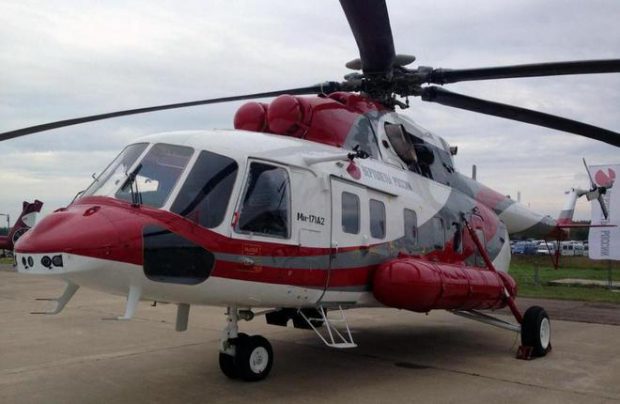 The certificate clears the helicopter to transport cargo and passengers, including under IFR, day and night, in all weather conditions. The aircraft’s thrust-to-weight ratio is sufficient for safe take-offs at MTOW with one engine failed.

The main features of the modification include new Klimov VK-2500PS-03 engines, reinforced transmission, composite rotor blades, a squashed X-layout tail rotor, and digital avionics. Due to the new cockpit equipment, the helicopter can be operated by a two-member crew. It takes up to 5 tons of useful load (against 4 tons for the previous versions).

Series production of the new model has been launched. The OEM expects to deliver the first Mi-171A2s to customers before the end of the year.

In May 2017, Russian Helicopters and GTLK signed a letter of intent under which the lessor is to purchase Mi-171A2s at a rate of up to four per year in 2018-2020. At the same time the OEM signed an agreement with UTair, according to which the operator will help with optimizing the new model’s operating manuals, expand its scope of operations and, set up a logistics support chain.

Russian Helicopters is currently working on an offshore version of the Mi-171A2. The variant will have a greater-capacity, shock-resistant fuel system, emergency ditching equipment, and evacuation windows for passengers. The existing type certificate permits the helicopter to operate over water. The new version will be additionally certified for flying in prolonged icing conditions, which should pave the way to getting an approval for operations in the Arctic. The launch customer for the offshore version is Russian gas giant Gazprom.