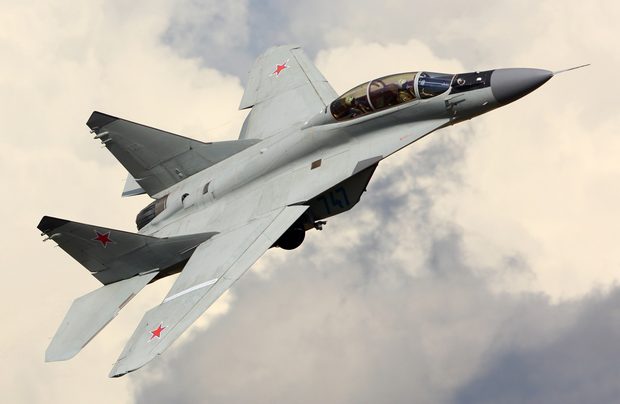 The Russian MiG-35 advanced generation 4++ multirole fighter is debuting at the MAKS air show this year. The warplane is designed for operations in heavy enemy air-defense scenarios. The visitors will have a chance to see a version of the MiG-35 created under an R&D contract with the Russian Defense Ministry, sources at RAC MiG told Russian Aviation Insider.

MAKS 2017 presents the first public demonstration opportunity for the fighter jet since its roll-out in January 2017. Official trials are in full swing, to be completed in late 2017 or early 2018, the manufacturer reports. The fighter’s service entry and the launch of series production are scheduled for 2018.

MiG is now looking to sign a production contract with the Russian Defense Ministry, after which it will be able to offer the aircraft to foreign customers. The MiG-35’s export market is believed to span more than 30 countries, including those in Southeast Asia and Latin America. The nations already operating MiG-29 family fighter jets will be able to upgrade to this newest variant without having to overhaul their infrastructure and retrain aircrew and ground personnel, MiG stresses.

“The current foreign MiG-29 operators are willing to receive the newest MiG-35 fighter in order to renew their aging fleets,” the company official explains. “Negotiations with a number of countries are underway. MiG held more than 20 business meetings with potential MiG-35 customers at the Paris Air Show this year, and demonstrated this state-of-the-art fighter jet to the Indian Air Forces in Bangalore at Aero India 2017.

“We are going to participate in Indian tenders and, obviously, will coordinate our promotion efforts with the Make in India government initiative. This implies offering a massive offset program: a certain amount of work will be performed in India in cooperation with our partners there. We have already been conducting such work within our existing contracts for carrier-based fighters.”

RAC MiG is planning to expand the MiG-35 export market. It particularly stresses the fighter’s impressive performance in hot-and-high environments.