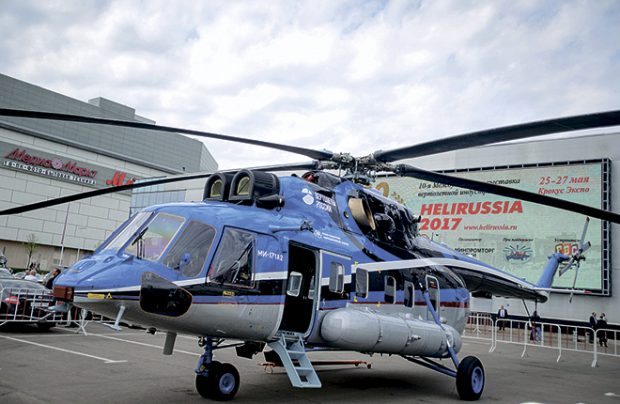 Russian Helicopters has recently launched a project to adapt the Mil Mi-171A2 medium-lift helicopter for operating offshore missions, including in the Arctic, the company told Russian Aviation Insider.

The offshore modification will be equipped to withstand prolonged icing and other extreme Arctic conditions. Upgrades will also include an increased-capacity crash-resistant fuel system and emergency ditching equipment with automatically activated floats. The helicopter’s windows will be redesigned to be used for passenger evacuation. The effort is understood to be undertaken in the interest of oil and gas companies.

The baseline version of the Mi-171A2 is expected to be certified in Russia in August 2017. Deliveries are to start before the end of the year. A pre-production example is taking part in this year’s flight display program at MAKS.