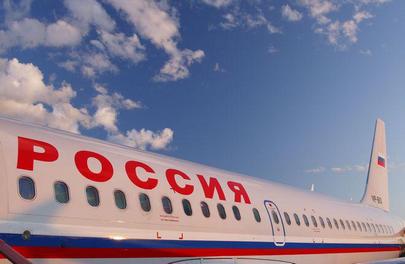 Rossiya Airlines, the new carrier to be formed through the merger of Aeroflot’s three subsidiaries (Rossiya, OrenAir, and Donavia), will operate under a single Air Operator Certificate, an industry source has told Russian Aviation Insider. Consequently, OrenAir and Donavia will stop existing as separate entities.

The new structure is currently being formed, and it would be logical to draw a single AOC for it, the source pointed out. Although OrenAir’s and Donavia’s AOCs will no longer be used by the airlines, it is as yet unclear whether they will be cancelled or continue to be otherwise used.

The entire fleet of the newly formed airline will be listed in the new certificate, including those aircraft formerly operated by Transaero which Aeroflot will lease from Russian banks.

Dmitry Saprykin, who was appointed to head the new airline, explained earlier that Rossiya was expected to be formed by the beginning of the 2016 summer schedule. It will be based at St. Petersburg’s Pulkovo airport. Part of Donavia’s fleet will be relocated to St. Petersburg, whereas the remaining aircraft will join OrenAir’s Vnukovo-based fleet.

The subsidiary airlines’ personnel they are receiving job offers from the new employer, in particular in Moscow. Those positioned in St. Petersburg will stay there, the source said.

Saprykin said that after the merger, Rossiya would be well positioned to become Russia’s second airline for traffic after Aeroflot. The new carrier’s 2016 traffic is expected to exceed 9 million passengers. The airline will be serving the medium price segment.