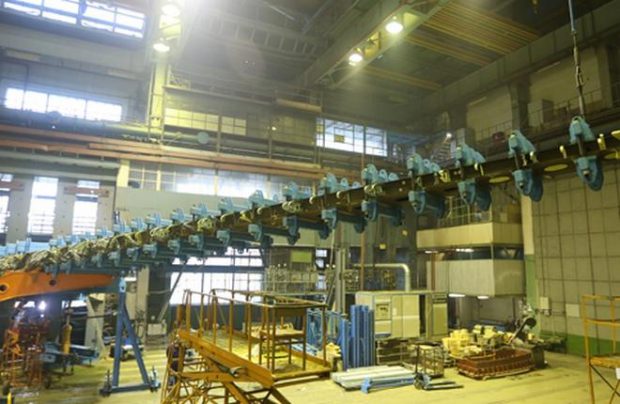 The objective was to test the wing’s structural integrity under maximum flight loads. The tests confirmed that “the wing box successfully withstood a load exceeding that specified without any damage sustained.”

The previous round of wing box tests took place in February 2017. The test article was destroyed under a load of more than 90% but less than 100%. Earlier, TsAGI had also completed endurance testing on the MC-21 prototype’s wing box.

The MC-21-300 is the first member of a planned family of airliners. It is designed to seat between 163 and 211 passengers. The aircraft will be initially equipped with Pratt&Whitney PW1400G engines; the alternative Russian-made Aviadvigatel PD-14 option will be made available later.