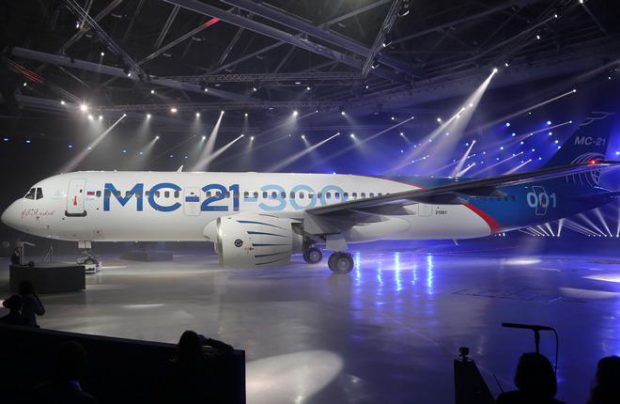 Russia’s new generation narrow-body will be the first aircraft to be certificated by Russia’s own authority, not the Interstate Aviation Committee (Photo by Fyodor Borisov / transport-photo.com)

Russia’s Federal Air Transport Agency will be in charge of certificating the MC-21 family, instead of the Interstate Aviation Committee, following a request from Irkut Corporation, the aircraft’s designer. The latter was responsible for approving aircraft for the 11 countries of the CIS since 1991, until November last year.

Until recently it was believed that IAC will act as the certification body for the MC-21. In a recent interview to Kommersant, Chairman of IAC’s Aviation Register, Vladimir Bespalov, said that the regulator has been preparing to certify the aircraft for quite some time, and that 11 working groups led by IAC experts are working on the matter, with meetings held “almost every week.” “It’s hard to say what comes next, because the manufacturer must define its priorities and need, including in terms of certification,” Bespalov admitted.

Now Irkut’s president Oleg Demchenko in his request for MC-21 certification asked FATA to “validate the Certification Basis and the earlier results of certification work”. FATA assured that they will comply with that request. The newly created Aviation Register of Russian Federation, founded by FATA this spring, will be directly in charge of the process.

IAC ceded its certification rights for Russian aircraft to the newly founded Russian authorities in November 2015 following a conflict over grounding all Boeing 737s operated in Russia. FATA emphasized that IAC may complete the certification works which had been started before November 28, 2015.