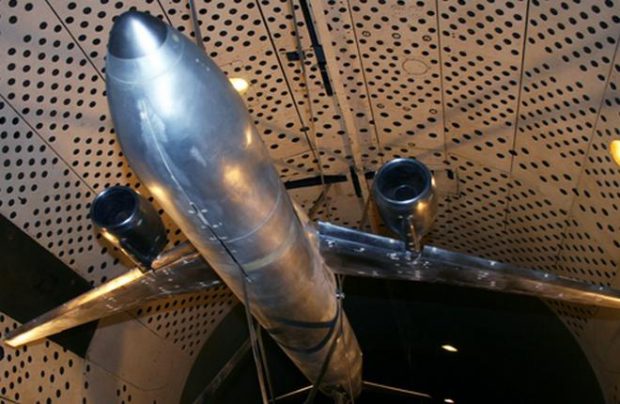 The aircraft will have two powerplant options (TsAGI)

Russia’s Central Aerohydrodynamic Institue (TsAGI) has conducted wind tunnel tests on a scale model of the Irkut MC-21 airliner fitted with Aviadvigatel PD-14 engines. The work was carried out as per request by the OEM, Irkut Corporation.

The testing program was aimed at determining the airframe’s aerodynamic performance in combination with the powerplants. The tests were carried out in the institute’s transonic wind tunnel, and modeled take-off and landing situations. The results testified to the aircraft’s excellent aerodynamic qualities when paired with the particular engines, according to Sergey Skomorokhov, TsAGI’s vice-chairman for aircraft and rocket aerodynamics.

The tests were announced in September this year, and were aimed to reveal the aircraft’s behavior at differrent Mach numbers and angles of attack.

The PD-14 is one of two powerplant options available for the MC-21, the other being the Pratt & Whitney PW1400G. The Russian engine is currently undergoing flight tests on the wing of an Ilyushin Il-76LL testbed. Its certification is still pending.