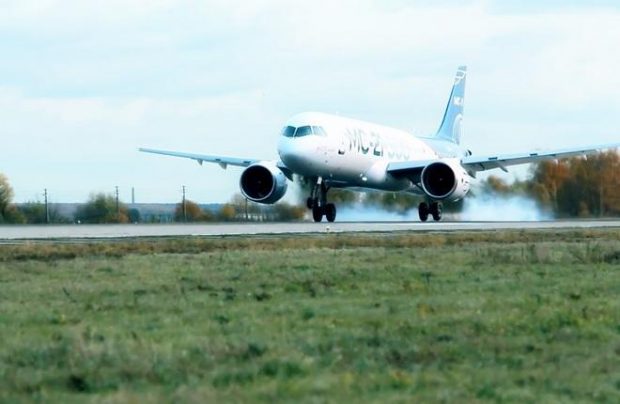 The aircraft spent over three hours in the air (Irkut Corporation)

The first flying prototype of the Russian Irkut MC-21 narowbody airliner completed its first flight in the run-up to the certification program on November 2.

The aircraft took off from Zhukovsky airfield outside Moscow. It spent over three hours in the air to test stability and controllability at altitudes varying from 6,000 to 12,000 m. All systems performed nominally throughout the flight, reads a report by United Aircraft Corporation.

The airframe, which is representative of the MC-21-300 baseline version, had been ferried to Zhukovsky for certification tests from the Irkutsk factory in Siberia in mid-October. The second flying prototype is expected to join the certification testing program in mid-2018.

The Pratt & Whitney PW1400G-powered version of the MC-21 is expected to be certified in 2019. The order portfolio stands at 315 airframes at the moment, including 175 firm orders.