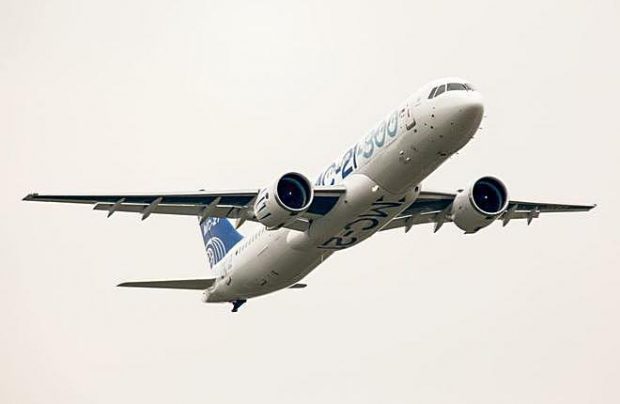 Russia’s advanced narrow-body MC-21 aircraft project has lived up to its maximum performance predictions during testing, the programme’s developer Irkut Corporation (part of United Aircraft Corporation, UAC) has announced in a progress report.

During flight tests, the platform’s base modification MC-21-300 model achieved its maximum performance targets of a 12,500-metre altitude, a true airspeed of 949 km/h (Mach 0.89) and a flight endurance of 6.2 hours.

These figures slightly exceed the listed capabilities of direct rivals such as the Airbus A320neo, which flies at an altitude not above 11,800 metres at a maximum speed of 876 km/h (Mach 0.82) and for the Boeing 737 MAX-8, whose comparable parameters are 12,300 metres and 925 km/h.

The Russian aircraft’s tests regime has completed all flights at typical operational altitudes and within its normal flight envelope, confirming its systems’ functionality across a wide range of speeds and altitudes – and it has now also completed angle-of-attack limits and flutter tests.

The inflight engine and APU re-start functions have been successfully achieved, as well as take-offs and landings with simulated engine failure scenarios. Instrument landing capabilities have also been confirmed along with navigation and external lighting equipment capabilities during take-off in low visibility conditions. Minimum rotation speed tests have also been completed.

There are currently three MC-21-300 prototypes – powered by Pratt & Whitney PW1400G-JM engines – involved in the flight-test programme. A fourth prototype will join the tests programme before the end of 2019. Its systems are currently being assembled.

The order-book backlog for the MC-21 has not changed for several years and remains at 175 firm orders and 150 letters of intent.