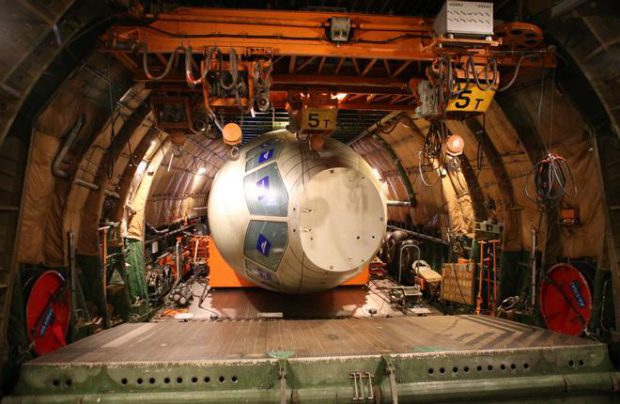 On August 12 the fuselage of the second prototype of MC-21-300 was delivered to Zhukovsky-based Central Aerohydrodynamic Institute (TsAGI) for airframe static testing, according to a statement released by United Aircraft Corporation. The milestone was reached slightly ahead of schedule; it was not anticipated until September this year. The fuselage was delivered onboard An-124 (Photo by UAC)

The fuselage was delivered onboard Antonov An-124 (Ruslan). An APU section is expected to be brought to TsAGI later on.

The airframe will undergo pressurization and structural testing. It will be put under loads typical for each phase of flight to verify the engineering design. The tests will enable the engineers to fine-tune the finite element model based on the experimental data.

The first prototype of the MC-21-300 was rolled out in Irkutsk on June 8, it is being prepared for flight test program, which is slated to begin at the end of this year, or early next year. Three more prototypes are at different stages of assembly process at Irkut Corporation’s plant. One of these will join the first prototype in flight testing, the other two will be used for static and fatigue tests.

MC-21-300 is the base version of Russia’s next-generation narrow-body designed to carry 163-211 passengers. Its Russian certification is scheduled for 2018 with EASA certification to follow the next year. The backlog includes firm orders for 175 aircraft.