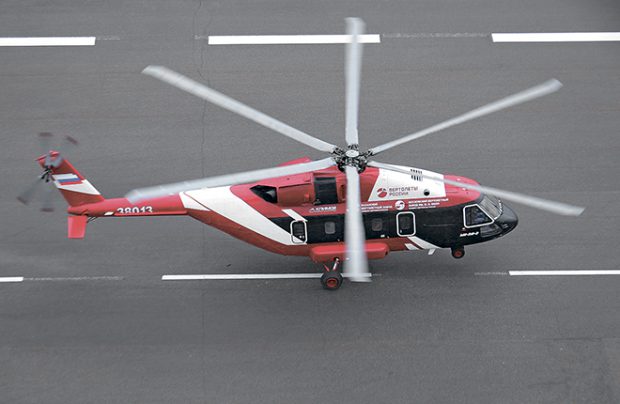 The Mil Mi-38 medium-lift utility helicopter, which is being showcased here at MAKS 2017, has undergone weight lifting capability tests as part of its certification process, a representative of Russian Helicopters told Russian Aviation Insider.

The tests included lifting 5 tons of cargo internally and underslung. The aircraft is designed to carry a maximum of 5 tons inside the transport cabin and up to 6 tons externally.

The Mi-38 continues with the certification program. In particular, the helicopter’s performance was tested while using hot and watered fuel. Series production at Kazan Helicopters is to be certified shortly.

The Mi-38 baseline transport version was certified in Russia in late 2015. Other versions should undergo certification by the end of 2018, Russian Helicopters CEO Andrey Boginsky announced earlier this year.

The company has so far received an order for two such rotorcraft, and has already started building them. Both Russian and foreign operators are interested in the helicopter, the representative noted.

The Mi-38 is present both in the MAKS static park (prototype 1) and as part of the daily aerial displays (prototype 3).