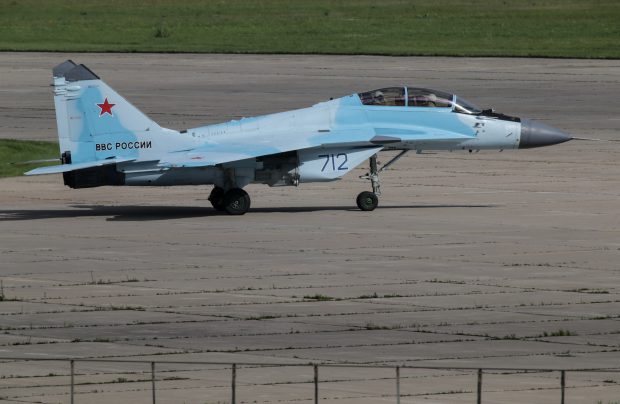 The flight test program of Russia’s new MiG-35 fighter jet is progressing as planned, Ilya Tarasenko, CEO at Russian Aircraft Corporation MiG, announced at MAKS 2017. He added that the company is planning to launch series production in two years.

According to Tarasenko, the company is marketing not just a 4++ generation fighter but also an exhaistive aftersales package, which includes a 40-year service and support warranty. The entire package is being offered at 25% below the price of the competing products. MiG is currently promoting the fighter in Southeast Asia, the Middle East, the CIS, and Latin America, where the MiG-29 family of warplanes has been in active operation for some time.

Tarasenko did not say whether the MiG-35 would be covered by the Russian government’s armament program through 2025, which is expected to be approved later this year.
The MiG-35 is a profoundly upgraded iteration of the MiG-29 baseline. First revealed to the general public in January 2017, the aircraft is present at this year’s MAKS both in the static park and as part of the daily aerial display program.

The aircraft is equipped with a version of the Phazotron Zhuk AESA radar, which is capable of detecting and tracking up to 30 aerial targets simultaneously at up to 160 km away, and supports simultaneous engagement of up to six aerial and four surface targets.

The MiG-35 also carries a forward-looking optoelectronic system. Equivalent in its performance to the systems installed on Western-built fifth-generation fighters, it supports operations during both day and night, including in beyond-visual-range scenarios.