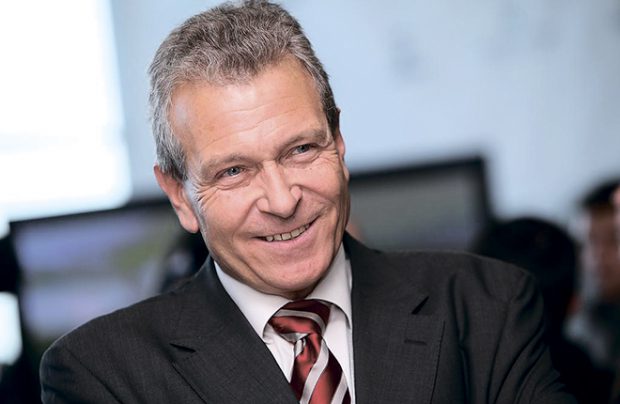 — Two years ago, at previous MAKS, the Russian air transport industry was beset by shrinking traffic due to the lack of payable demand. But you were optimistic back then, saying that passenger figures would rise again. So our first question is: do you see this happening now?

— Clearly, we see the GDP figures and all the economic results, and the CEOs of airlines are looking much more optimistic, looking into the future. What is very encouraging is that we have new operators, especially in the leading segment. This year alone we have three new operators: VIM Airlines received its first A330, Red Wings put its first Airbus A321 and A320 into service, and Nordwind [Airlines] took delivery of its first A330. Last year we delivered 16 aircraft to Russia. That has continued over this year. People are looking for new equipment like A321 and A330 aircraft. So yes, we feel it. I believe the worst is over, and the market has started to pick up.

— When can we expect the delivery of the first Airbus A320neo to Russia?

— In June we certified A320neo and A321neo with both engines in Russia, which was a big achievement for us and clearly paves the way for the entry into service. S7 [Airlines] will be the first Russian operator of the A320neo family. As you know, there are some technical issues with Pratt & Whitney engines, therefore the delivery is a little bit delayed. But we plan to deliver this summer.

— Do you see any other Russian operators that may be interested in the A320neo?

— I think, naturally, it would be any of the airlines currently operating the A320 family in Russia. The neo is a logical next step for them. The engine options, both of them, really deliver 16% fuel burn reduction, 50% emissions reduction, and 75% noise reduction. So we are very convinced that all A320 operators should sooner or later look at the neo. We have already started marketing campaigns with local airlines.

— Airbus has brought the A350 to MAKS 2017, just like it did two years ago. Do you feel that there is a strong demand for widebodies in Russia?

— First of all, we are bringing the A350-900 because we have a customer for this aircraft, to whom we will deliver very soon. So we think it is the right thing to do. Last time it was an empty test aircraft so you could not see a lot inside. This time it will be an aircraft with a cabin installed, so you could better experience the passenger comfort. We will bring the aircraft, it will take part in the demonstration flight program, people will be able to see it.

As I said, the traffic has grown, and especially again on the international routes. So the airlines need more long-range aircraft. If you look into the long-term market forecast for Russia, we say that this market will need about 1,200 aircraft over 20 years. The majority of the market, about 1,000 aircraft, is in the single-aisle segment. But demand for widebodies is picking up.

— For the A380, it is probably a bit early [to say], but… yes, because the major driver for this type is congested airports. And as you see, Moscow’s Sheremetyevo and Domodedovo are more and more congested as well. So we see the demand for maybe 20 very large aircraft in Russia in our long-term view. The first A380s are coming from their current operators. So this will create a second-hand market for this type. And that may be an interesting proposal for operators in Russia.

— Do you plan to continue your industrial cooperation with Russian manufacturers such as Irkut and VSMPO-AVISMA?

— Irkut is a long-standing Tier 2 supplier for the A320 program, and we are satisfied with our partnership. Irkut is producing nose landing gear bays for the A320 family today. They have already delivered about 1,000 of them, in a very good quality. But for us it is a business case, which should make sense for both sides. Now Irkut, of course, is logically focused on the MC-21. So they are probably not free to put resources to other things.

We have been working with VSMPO for a long time, procuring about half of our titanium from them. And we are currently trying to establish what we call a vertically integrated supply chain, where we go from raw material to partly finished products. The basic idea is [not] to import titanium as such but to get it further processed. That is taking shape and developing as well.

— What projects is your engineering center in Moscow working on right now?

— ECAR is currently involved in the A320 Cabin flex project and in series activities related to structure and mechanical system installation for all our current programs. Recently, ECAR has completed works on the A330neo project: the center was responsible for fuselage redesign, stress static/fatigue and wind milling analysis, and certification reports preparation. It is now about to start on the A330 MTOW project. The Russian engineers also completed design works for the Beluga XL program. Now, with the unveiling of the A380plus project, we do not rule out that ECAR will participate in it as well.