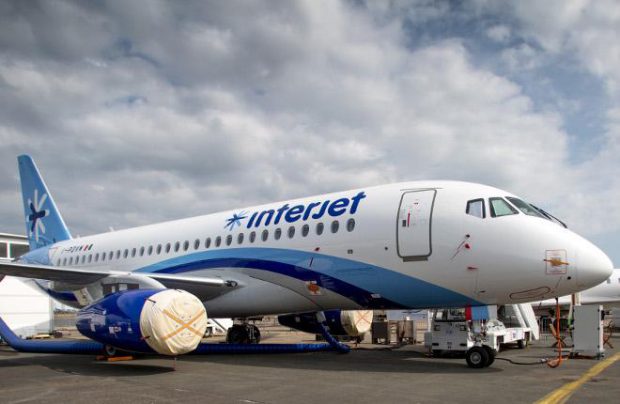 The carrier is the largest SSJ100 operator outside Russia with 22 aircraft (Leonid Faerberg / transport-photo.com)

Interjet is the largest SSJ100 operator outside Russia with 22 of the type. It placed its initial order for 20 back in 2012, and firmed up the original option for 10 more in 2014. The last eight aircraft as part of that contract are to be delivered before the end of 2018, Slyusar said.

The new deal could include residual value guarantees, the UAC head explained. The mechanism was first applied to the contract with Irish LCC CityJet. There are plans to expand it to cover all export SSJ100 deals.