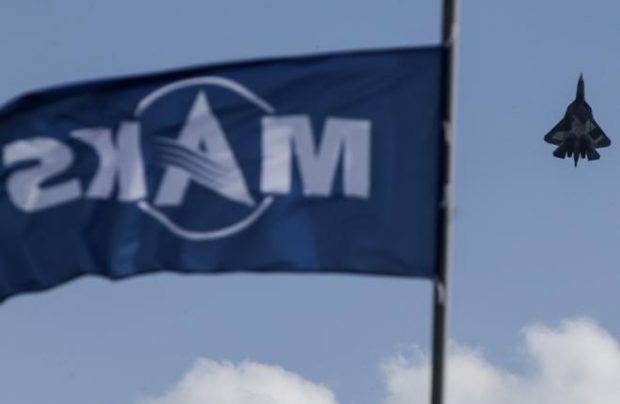 Plans to relocate the event to Kubinka were voiced at some point this summer (Leonid Faerberg / Transport-photo.com)

President Vladimir Putin has permitted Russia’s major biennial air show MAKS to continue to be held at Ramenskoe airfield outside the town of Zhukovsky, which has housed the show for the last 25 years, a source in the industry told Russian Aviation Insider.

The decision will be turned into a formal governmental resolution before the end of this year. Such documents typically include a list of all international shows to be held in Russia, complete with the dates and organizers. The 2015 resolution listed the Ministry of Industry and Trade and Rostec Corporation as the organizers of MAKS.

Rumours that the exhibition might be moved to Kubinka airfield, also outside Moscow, began to spread last year. At the latest airshow, Rostec head Sergey Chemezov indirectly confirmed the plans by saying he doubted that the next MAKS would be held at Zhukovsky.

“An exhibition center has been built at Kubinka,” Chemezov said. “Works is currently underway to extend the airfield’s runway and erect chalets. The exhibition halls are already in place there.”

Putin agreed to keep the exhibition at its present location after the government calculated that construction of associated transport infrastructure would cost almost 100 billion rubles ($1.73 billion), Kommersant daily reports.

MAKS has been held at Ramenskoe airfield, which belongs to the Gromov Flight Research Institute, since 1992. In 2017, the traditional show dates were shifted from August to July to allow participants to prepare for another major event, the international forum Army, which was held at Kubinka in August.