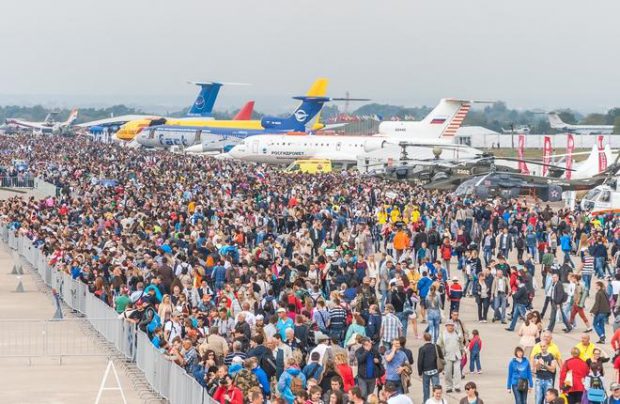 Zhukovsky has been home to the show 1992 (Artem Katranzhi / Wikimedia.org)

The 2019 iteration of MAKS, Russia’s premiere biennial aerospace exhibition historically held in Zhukovsky just outside Moscow since 1992, will retain its location. This follows from the Russian government’s approval of the country’s defense exhibitions for the next two years.

The government earllier discussed the possibility of transferring MAKS to Kubinka, a military aerodrome, which currently serves as the venue for the Army Forum. At this year’s MAKS 2017 show, Rostec Corporation head Sergey Chemezov indirectly confirmed the plan.

However, in early October President Vladimir Putin agreed to keep MAKS at its traditional location. The government decree formalizes this decision. Moving the show to Kubinka would mean having to build additional transport infrustructure to the tune of nearly 100 billion rubles ($1.7 billion), Kommersant daily reported.

Since its inception in 1992, the show has been held at Zhukovsky’s Ramenskoye airfield, which belongs to the Gromov Flight Research Institute. The dates were shifted from August to July in 2017 so that the participants could also prepare for the Army Forum at Kubinka, another major defence show.