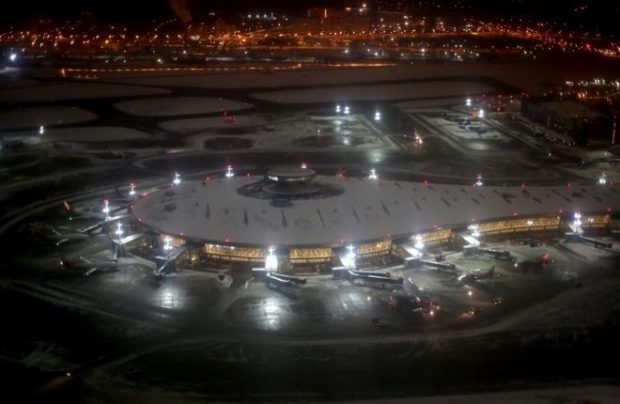 Passenger traffic through Moscow’s three major airports continued to show double-digit growth in April. The Federal Air Transport Agency reports a 22.6% year-on-year increase in passenger numbers to 6.589 million. This result tops the previous months of the year with 16.4% in March, 16.0% in February, and 16.5% in January. International traffic was growing faster than the domestic figures.

Domodedovo served a total of 2.270 million passengers in April, including 963,00o on international flights (up 25.4% year-on-year). Turkey, the UAE, the Dominican Republic, Germany, and Italy were the most popular foreign destinations.

Domodedovo’s domestic traffic exceeded 1.3 million passengers (up 15.9%). The greatest increase in passenger numbers was reported for flights to and from Krasnodar and Kaliningrad (up 51.5% and 113.9%, respectively).

Seeing as Domodedovo had demonstrated the lowest traffic growth rate among the three Moscow airports in the first three months of the year, its overall 2017 passenger traffic is reportedly projected at 30.6 million passengers (up 7.4% year-on-year).

Vnukovo served 1.277 million passengers in April; the number of flights handled grew by 14.8% to over 13,300. International traffic reached 381,000 people, or twice the number served in the same period the year before. This result was achieved thanks to Antalya, Turkey reinstating itself as the most popular international destination, and also because Turkish Airlines increased its frequencies to the airport to 11 daily flights.