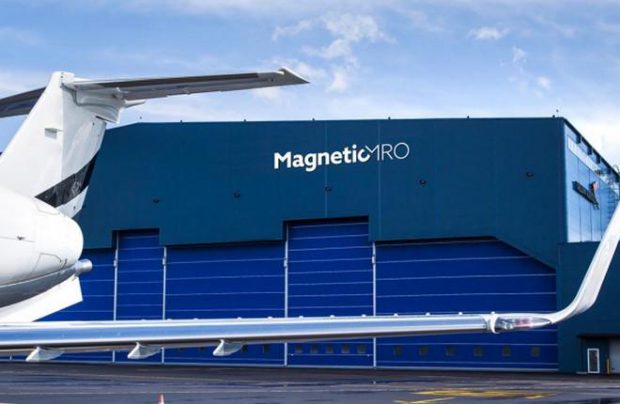 According to Magnetic MRO’s general director, Jonas Butautis, the new locations have been opened as the company is orienting itself toward working with new generations of aircraft. More attention on these types of aircraft must be dedicated to light maintenance performed on site, whereas more heavy forms of maintenance are needed less often.

This new facility at Gatwick will allow Magnetic MRO to provide its customers inventory and product availability as well as reduced shipping times due to its close proximity to MAC Interiors – aircraft interiors specialists owned by MMRO. Gatwick Airport offers daily connections to critical locations of Magnetic MRO customer network, which will further improve response times for critical AOG deliveries.

“This was a natural step for the company in respect to its international growth strategy outside of Tallinn home base” Jonas Butautis explained. “The UK is seen as a logistical hub for our European and global customers in spare parts trading and other MRO services. Our expansion into aircraft part-out projects demands a dedicated, centrally located warehousing hub and Gatwick is a natural fit.”

With this new warehouse location in the UK, MMRO is serving its customers from three European locations and plans to further increase this number.

Magnetic MRO Company operates in accordance with the certificates of the European Aviation Safety Agency (EASA) and the US Federal Aviation Administration (FAA), as well as in accordance with the authorities of countries that do not belong to the European Union. According to Magnetic MRO, the provider services Russian clients, including UTair, Rossiya, Alrosa and Yakutia airlines.