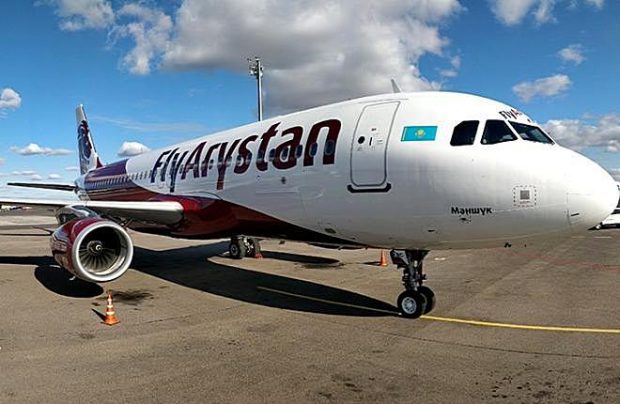 FlyArystan, Kazakhstan’s only low-cost carrier (LCC), has received its third aircraft and has opened its 10th destination as it prepares to launch key flights to Moscow. The budget airline has started to serve the new route from the country’s capital of Nur-Sultan (formerly Astana) to Semipalatinsk, a city located in the east of Kazakhstan.

Meanwhile, FlyArystan has taken delivery – from its parent company Air Astana – of its third Airbus A320 with tail number P4-KBC, offering a capacity of 180 seats.

The budget carrier’s press department has revealed to Russian Aviation Insider that the newly received aircraft will be based at Nur-Sultan. Apart from Semipalatinsk, the extra aircraft has, from the 4th of October, also allowed the carrier to launch flights to Chimkent, Taraz and Pavlodar from the Central Asian country’s capital.

According to information available to Russian Aviation Insider, FlyArystan is preparing to launch international flights from the middle of December, with Zhukovsky airport near Moscow being the airline’s first destination outside of Kazakhstan. The LCC also plans to operate flights to Russia’s capital from Aktobe and Karaganda.

Its next-door neighbour, Kyrgyzstan, is another country on the airline’s wish-list agenda. Earlier this month Paolo Ricciotti, FlyArystan’s vice-president for strategic development and infrastructure, met with the management of Bishkek capital Manas International Airport to discuss the possibility of launching flights to Bishkek and Osh.

By the end of this year another aircraft will be joining the FlyArystan fleet. The LCC’s plan to operate 10 aircraft next year will support an ambitious five-fold increase in the number of routes served by the start-up.

Kazakhstan’s first and only budget airline began operations in May 2019 using Air Astana’s Air Operator’s Certificate (AOC). The airline expects to carry some 700,000 passengers this year.