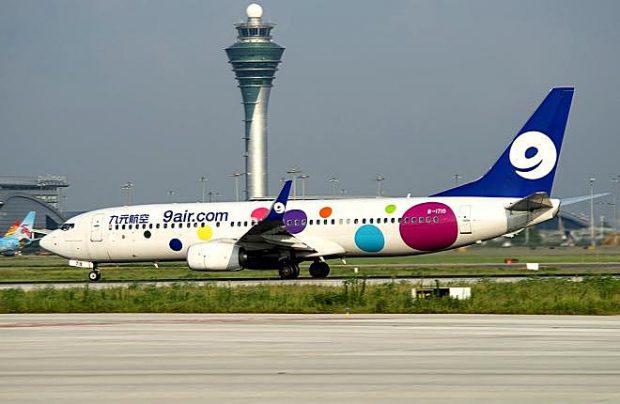 Chinese low-cost carrier (LCC) 9 Air has launched flights to Vladivostok airport, the city on the far eastern coast of Russia that also serves the adjacent Pomorye region. The LCC operated its first flight of the three-weekly service from Yiwu to Vladivostok on January 13, utilising a Boeing 737-800. Located in the south-eastern Chinese province of Zhejiang (a three-hour car ride from Shanghai), Yiwu has become an international centre for retail trade.

9 Air is a subsidiary of Juneyao Airlines, another Chinese budget carrier, and is based at Guangzhou’s Baiyun International airport from where it operates a 20-strong all-Boeing 737 aircraft fleet, including a B737 MAX. Its route network stretches primarily across China but also includes international destinations in Myanmar, Thailand, Japan and Cambodia. Vladivostok is its only destination in Russia.

According to Vladivostok airport, China is among the preferred travel destinations for many Russians living in the region. In 2019, traffic on flights to China increased by seven per cent and Yiwu has become the 10th Chinese destination in the Russian airport’s network. Last year Vladivostok selected China as its priority in its promotional efforts, which resulted in three new Chinese airline customers in Juneyao Airlines, Beijing Capital Airlines and Chengdu Airlines, as well as China Southern, which has resumed services having previously suspended flights to the Russian airport. In this year’s winter schedule are the three Chinese airlines of 9 Air, and Chengdu Airlines.

Vladivostok airport is also experiencing passenger traffic growth at other Asian destinations, primarily in Japan and South Korea, as well as in the wider Asia Pacific region. One of Japan’s largest airlines – All Nippon Airways (ANA) – has announced plans to start serving Vladivostok in March 2020. Similar intentions have been indicated by South Korean LCC Air Seoul (subsidiary of Asiana Airlines).

In 2019, for the first time in its history, Vladivostok’s traffic exceeded three million passengers (up from 2.6 million in 2018).