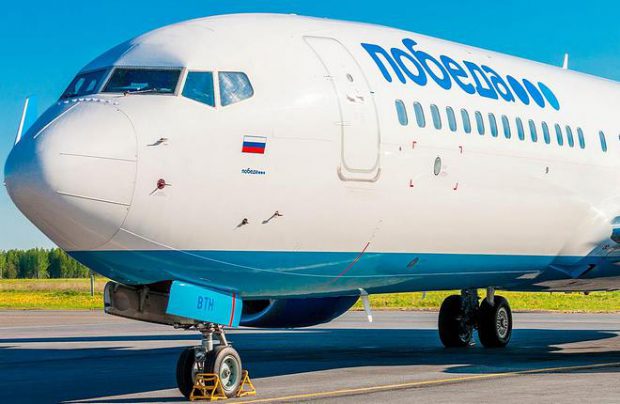 Pobeda came to a temporary complete standstill on April 1 (Pobeda)

After two full months of voluntarily suspended operations, Pobeda Airlines, Russia’s only low-cost carrier, is to gradually resume flights from June 1, thanks to the expected gradual easing of restrictive Covid-19-related measures within the country and elsewhere.

A 100 per cent subsidiary member of the state-controlled Aeroflot Group, Pobeda is to launch ticket sales for flights on as many as 73 domestic routes on May 14. The airline’s original schedule for the IATA 2020 summer season featured 104 destinations, including 81 domestic and 23 international routes. While re-launching flights across a wide network, the frequencies will likely be considerably lower than planned.

To lure a fearful and cash-strapped public back into the air, the average ticket prices for the upcoming season will be almost three times lower than those for the summer season of 2019, the budget airline revealed in today’s statement.

Pobeda came to a temporary complete standstill on April 1, reasoning then that grounding the entire fleet was less costly than continuing some flights with low seat load factors, whilst complying with the Russian government’s isolation efforts to contain the spread of the infection.

At the end of March, utilising a young fleet of 30 Boeing 737-800s, Pobeda operated flights across a network of 89 routes, of which 25 were international. In the first three months of 2020, the airline carried 2.493 million passengers, a 22.2 per cent improvement on the same three months of last year, ranking it as Russia’s third largest carrier by passenger traffic numbers. Last year it served 10.3 million passengers, surpassed only by its older sibling Aeroflot and by Russia’s largest private carrier S7 Airlines.