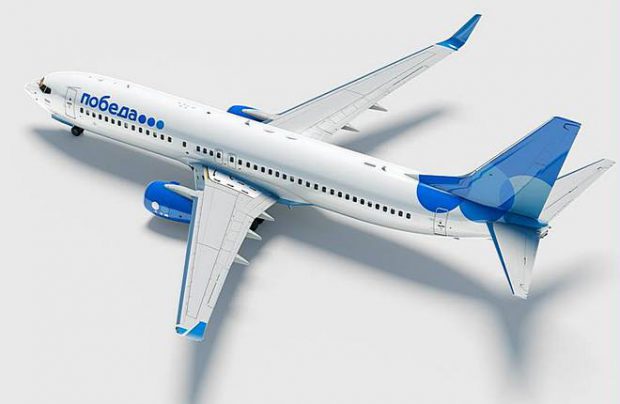 Aeroflot Group’s low-cost carrier (LCC) subsidiary Pobeda has launched an anti-crisis defence programme which, in the wake of the hiatus caused by the two-month suspension of all flight operations, envisages payroll reductions, administrative cost cutting and delayed aircraft lease payments.

As a 100 per cent subsidiary member of the state-controlled Aeroflot Group, Pobeda operates a fleet of 30 Boeing 737-800s and served 1.75 million passengers in January and February, ranking it as Russia’s third largest airline after Aeroflot itself and S7 Airlines, Russia’s second largest carrier.

As the first Russian airline to declare a complete halt, Pobeda has identified a large-scale anti-crisis programme, the core of which is the suspension of all operations in the months of April and May, the airline’s general director Andrey Kalmykov has explained to journalists.

The payroll reduction is another measure the airline is being forced into. “We’re doing whatever is possible to retain our unique team, and we’re not planning any layoffs,” Kalmykov has assured. Flight and cabin crews of Pobeda’s 1,000-strong staff have all been sent on paid leave, although a significant part of their salaries is based on flight hours performed. Meanwhile, all 18 of the airline’s executives have agreed to continue to work in April without pay.

Commenting on the decision to halt operations, Kalmykov admits that, in the last two weeks of March, the carrier’s seat load factor dropped to 55 per cent, even though all flights had been booked some months before. “So, over 40 per cent of our customers simply didn’t show up for boarding,” he says.

Throughout March, Pobeda concentrated on the repatriation of Russian citizens programme. “Despite any financial common sense, we ferried empty aircraft to return our customers to Russia,” Kalmykov explains, adding that when the financial results of the first quarter are drawn up on April 10 “substantial losses” are anticipated. Nevertheless, the airline is not planning to seek loans. “Pobeda still has zero loan debt. Any debt costs have to be included in airline fares, which means they are passed on to the customers.”

According to Vedomosti business daily, Pobeda has refused to pay aircraft lease fees during the grounding period, a move which will save US$10 to 12 million a month. However, Kalmykov has not commented on this aspect.