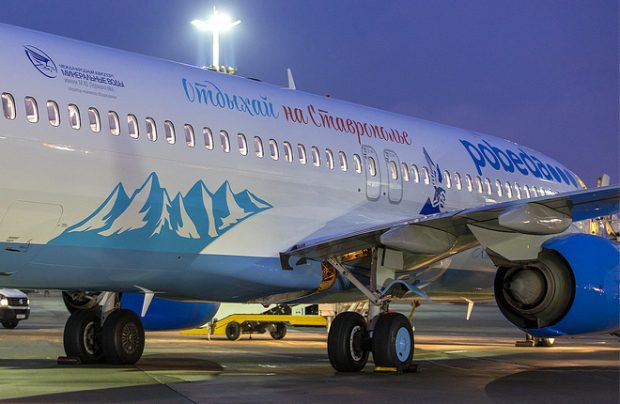 Pobeda Airlines, Aeroflot Group’s low-cost carrier (LCC) subdivision, earned 4.9 billion roubles (US$ 80 million) net profits in 2019, which is a 2.4-fold improvement on the previous year, according to figures ratified by Russian Accounting Standards.

Last year, Russia’s only LCC continued on its aggressive expansion path by enlarging its monotype fleet from 24 to 30 Boeing 737-800s, an initiative which resulted in a 43 per cent growth in passenger numbers. The airline carried 10.287 million passengers, a performance which placed it fourth in Russian’s league table of biggest airlines.

In January this year Pobeda went a step further, surpassing its sister airline Rossiya in the rankings by becoming the third largest after flag carrier Aeroflot and Russia’s largest private airline S7 Airlines. The LCC’s traffic in the first month of the year reached 923,000 passengers, up by 34 per cent year-on-year.

Pobeda’s ambition is to accelerate the growth of its operational figures to between 25 and 30 million passengers by the end of 2023. To achieve that target the airline contracted for 20 Boeing 737 MAXs prior to the type’s global grounding following two crashes in 2019. Instead, the delivery delays have forced the LCC to inherit four Boeing 737-800s from its sister airline Rossiya in 2020. Postponed Boeing 737 MAX deliveries may jeopardise Pobeda’s growth plans this year.

“Our average seat load factor throughout 2019 remained at 94 per cent, whilst the punctuality rate improved from 92.8 to 93.7 per cent,” a Pobeda spokesperson points out. According to the airline’s latest report, last year it sold 460,000 tickets for minimal fares of 499 or 999 roubles. Cost details have not been revealed.

Last year, the airline’s Aeroflot parent achieved a positive financial performance by almost doubling its net profits to 5.28 billion roubles against 2.8 billion in 2018.