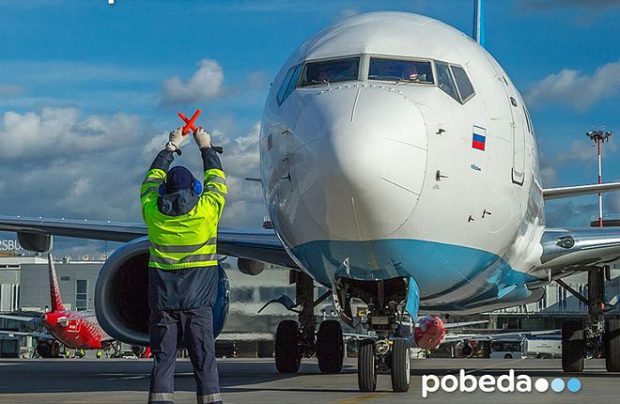 At the end of February, utilising a fleet of 30 Boeing 737-800s, Pobeda operated flights across a network of 89 routes, of which 25 were international (Pobeda)

In a bold move, Aeroflot Group’s low-cost division Pobeda Airlines has completely suspended its operations from April 1 to May 31. The budget carrier, already subject to the Russian government ban on all international flights, has now voluntarily decided to curtail all of its domestic services in the period too, becoming the first of Russia’s large airlines to come to a complete standstill in the wake of the Coronavirus crisis.

The country’s only budget carrier’s explanation is that it is in the process of focusing its resources on the strategic creation of an anti-crisis strategy and is preparing for the resumption of operations once the situation normalises, as grounding the entire fleet will be less expensive than continuing flights with low seat load factors. The measure is also in line with the Russian government’s isolation efforts to contain the spread of the infection.

According to data supplied by the country’s International Airports Association, demand for flights within Russia has now plummeted by at least 50 per cent.

At the end of February, utilising a young fleet of 30 Boeing 737-800s, Pobeda operated flights across a network of 89 routes, of which 25 were international. In the first two months of 2020, the airline carried 1.745 million passengers, a 32.8 per cent improvement on the same two months of last year, ranking it as Russia’s third largest carrier by passenger traffic numbers. Last year it served 10.3 million passengers, surpassed only by its older sibling Aeroflot and by Russia’s largest private carrier S7 Airlines.