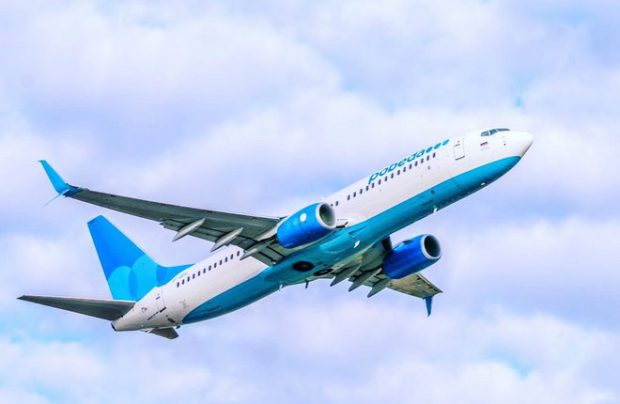 LCC Pobeda was virtually the only major carrier anywhere in the world that recorded growth in passenger numbers in the third quarter of 2020 :: Aeroflot

Aeroflot group’s efforts in developing its wholly-owned low-cost division Pobeda Airlines are now paying off, as is evident from the group’s recently published operational results for September, the third quarter and nine months of 2020. Russia’s only budget airline has significantly improved the performance figures of its parent group.

The group’s overall performance has been critically affected by the plunge of demand and the restrictions linked to the COVID-19 pandemic. As international travel came to complete standstill in the second quarter of the year, whilst domestic traffic significantly reduced due to quarantine measures, Aeroflot group’s total figures for the period plunged.

International traffic started slow recovery in August with open borders with Turkey, the Great Britain and Switzerland, adding more destinations in September – Cairo (Egypt), Dubai (the UAE), Male (the Maldives), Nur-Sultan (Kazakhstan), Bishkek (Kyrgyzstan) and Minsk (Belarus). At the same time domestic demand continued to pick up. Last month all of the group’s airline subsidiaries (Aeroflot, Pobeda, Rossiya and Aurora) collectively served 3.4 million passengers, down 39.9 per cent on September 2019. RPKs decreased by 51.2 per cent. The average seat load factor for the group was 83.5 per cent. The bulk of the total traffic – 3.1 million passengers – traveled domestically, which is just 1.4 per cent below 2019 levels. Pobeda managed to improve its last year’s domestic performance by stunning 41.4 per cent to 1.1 million passengers, whilst its sister airline Rossiya carried 775,500 passengers, up significant 12.1 per cent on September 2019. Flag carrier Aeroflot was accountable for 1.1 million domestic passengers, a 26.9 per cent decline attributed to drying out of transfer traffic between Russian and international destinations. Finally, the group’s Far Eastern subsidiary Aurora experienced similar dynamics – down 28.7 per cent year on year, to just 79,800 passengers.

However, with the international traffic factored in, the group’s total traffic fell 39.9 per cent year-on-year, with Aeroflot taking the hardest blow. In total, domestic and international routes combined, Russia’s national carrier served 1.32 million passengers, down 59.5 per cent on last year. Aurora carried 80,000 passengers (down 47.8 per cent), Rossiya – 882,400 passengers (down 32.4 per cent). Pobeda was the only airline in the group that managed to demonstrate growth – up 17.8 per cent on September 2019, to 1.14 million passengers.

In the third quarter, Aeroflot Group served 10.1 million passengers with average seat load factor of 83 per cent. Domestic traffic for the period lost only 7.3 per cent year on year, to 9.5 million passengers, but the trend improved towards the end of the quarter. In August and September average seat load factor increased to 87 per cent – compared to 52 per cent in the second quarter. Pobeda Airlines once again contributed significantly to the group’s total results. It improved its domestic performance by 12 per cent on third quarter of 2019, to 3.4 million passengers. The Russian LCC “was virtually the only major carrier anywhere in the world that recorded growth in passenger numbers in the third quarter of 2020,” the group claimed in a statement.

In the nine months of 2020 Aeroflot group carried 23.1 million passengers, down 50.7 per cent on the same months of last year. The RPKs for the period decreased 55.3 per cent, average seat load factor was 73.3 per cent.

In general, however, the group is cautiously optimistic about the ongoing market recovery. “The operating results for September and Q3 2020 demonstrate Aeroflot group’s resilience and the significant potential for a rebound in the Russian market,” notes Aeroflot’s deputy CEO for commerce ad finance Andrey Chikhanchin. “According to IATA, the Russian domestic passenger aviation market is the only major market globally where volumes fully recovered on a year-on-year basis; Russian domestic travel recovered much faster than other markets, including the rapidly recovering Chinese domestic market, which is still 20% below comparable indicators for the same period in 2019, while globally there has been a 50% decrease in domestic volumes.”

“Restrictions on international flights are undoubtedly continuing to put pressure on airlines around the world. However, based on the operational results of Aeroflot group and the Russian market as a whole, we look forward with confidence to the recovery of the Russian aviation sector as restrictions are lifted,” Chikhanchin adds.

In September, Aeroflot airlines phased out one Airbus А320. As of 30 September 2020, the group’s combined fleet had 357 aircraft.

To learn more about the fastest recovering market, register for Russia’s largest air transport virtual event Wings of the Future