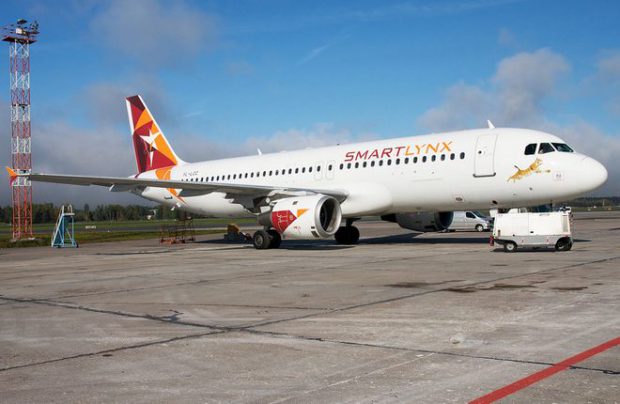 SmartLynx is the second largest passenger airline in Latvia, after airBaltic (Photo by SmartLynx)

Latvian charter and ACMI carrier SmartLynx Airlines plans to have served over two million passengers by the end of 2016. The airline carried over the 1.6 million passengers last year what made it the second largest in Latvia, after airBaltic.

The company’s growth can be accredited to the carrier’s fleet expansion program and a more effective marketing strategy. Also important in this factor was the expansion of the airline into new regions. Demand in general for airlines has been increasing naturally from the recent economic crisis.

With the expected increase in passenger traffic, SmartLynx’ revenue is also expected to grow by some 10%. Last year this number was almost 92 million euros, bumping the profit up to 2.86 million euros.

In the long-term, SmartLynx is expected to continue expansion. In 2017, the carrier is to take delivery of two new narrow-body Airbus A320s and one A321, which will add to the current fleet of 12 A320s and one A321. By 2018, the fleet of the company should reach some 18 aircraft. At the same time, the carrier plans to expand its route network, opening up new charter destinations in partnership with tour operators from the two other Baltic countries, Lithuania and Estonia, as well as from other countries.

81% of SmartLynx’s business comes in the ACMI leasing of aircraft, which includes payment for aircraft, crew, maintenance and insurance. The company serves many airlines around the world, and sees Africa, Asia, Canada, and the Middle East as perspective regions. The airline is searching for markets that could counteract the seasonal charter effect on the European market.

SmartLynx was founded in 1992. Today it is one of the ACMI leasing providers in Europe. The company also provides training for flight crew. The airline’s base airport is in Riga, the Latvian capital. AJW Aviation provides maintenance for the airline.