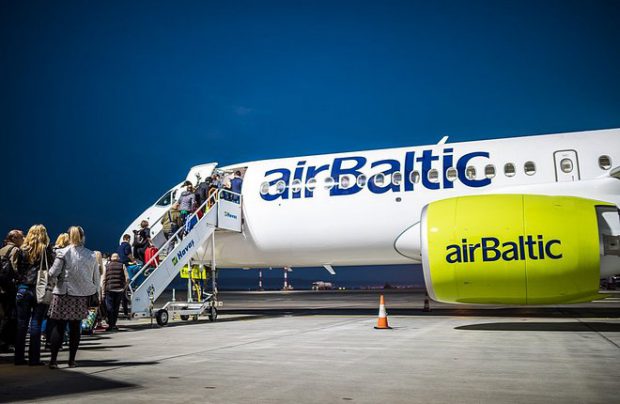 As part of a business plan to strengthen its position as the leading Baltic airline, Latvian hybrid air carrier airBaltic has launched two new direct services from Tallinn to Stockholm and Oslo, from the start of the IATA winter season. Following the expansion in neighbouring Estonia, airBaltic is now basing two aircraft at Tallinn Airport.

“Going forward, we plan to further increase the number of direct flights from all three Baltic capitals. Ultimately, we aim to connect Tallinn, Riga and Vilnius with one stop to almost any destination in the world,” Martin Gauss, airBaltic’s chief executive insists.

Currently, airBaltic flies from Tallinn to Stockholm 12 times a week, whilst the flights to Oslo are performed twice a week. In addition, airBaltic continues to offer direct services from Tallinn to London, Amsterdam, Berlin, Paris, Vienna and Vilnius as well as Riga. For summer of 2019 the Latvian airline will introduce three new destinations from Tallinn to Malaga, Brussels and Copenhagen, placing further pressure on Nordica, the Estonian flag carrier. During the first nine months of 2018, airBaltic transported more than 330,000 passengers to and from Estonia.

During the first nine months of 2018, airBaltic carried some 3.17 million passengers, 18 per cent more than in the same period last year, to a network that spans mainland Europe, Scandinavia, Russia, the CIS and the Middle East.

Martin Gauss adds: “We are on our way to reaching our target of carrying four million passengers in 2018 and we are also expecting to see passenger growth for the remainder of this year.”

During the first nine months of 2018, the airline’s load factor, a figure that represents the total number of passengers carried expressed as a proportion of available seats, reached 77 per cent.

Next summer, airBaltic is planning to launch a new direct route connecting Riga and Stuttgart as well as one between Riga and Lviv.