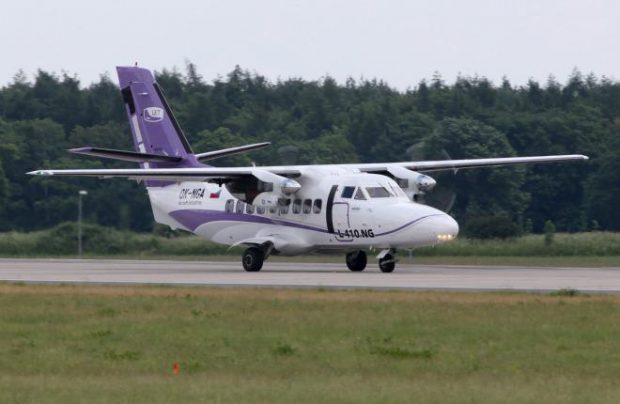 Despite declining production volumes of its main product, the 19-seat L-410UVP-E20 twin-engine turboprop, Aircraft Industries, a Czech OEM owned by the Russian Ural Mining and Metallurgical Company, is still intending to certify its thoroughly upgraded version, the L-410NG, in 2017. Provided the process is completed successfully, the first serial L-410NG will take to the skies in 2018.

According to Russian Aviation Insider’s data, since the first flight in 2015 the aircraft’s prototype with tail number OK-NGA has accumulated over 300 hours of total flight time. This aircraft is involved in certification program. EASA certification is expected in 2017.

By now the aircraft’s stability and handling characteristics have been evaluated, its operational envelope and speeds have been confirmed. Stalling and fluttering, as well as a number of other specific tests have been completed.

Aircraft systems aboard L-410NG, including the avionics, have been tested as well. The prototype has also successfully completed several ground tests, including testing of high-energy field interference with the electronic equipment, the landing gear’s impact dumping efficiency etc.

Static testing of the L-410NG’s airfoil is still underway, as well as landing gear fatigue testing. They are scheduled to be completed before the end of the year. The wing fatigue testing has just started.

Another upgrade direction is a new wing design with auxiliary fuel tanks. Share of composite materials in the L-410NG’s structures has increased, and the aircraft incorporates the glass cockpit concept.

Visually it will be easy to tell the new version from the original by its longer nose section. The new nose offers additional room for storage, which doubles the volume of the baggage compartment, to 2.98 cubic meters.