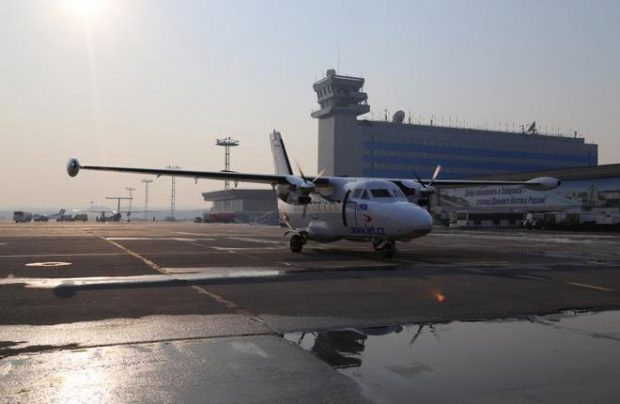 The administration of Russia’s Far Eastern Khabarovsk Territory have suspended all flights of L-410 turbvoprop airliners (originally of Czech design, currently assembled by Russia’s Ural Works of Civil Aviation) in the aftermath of a fatal crash which occurred in the region on November 15.

The decision will affect three of the type, all operated by the local state-owned carrier Khabarovsk Airlines. The routes within the region will be served by legacy Antonov An-24 and An-26 turboprops, of which there are five in the airline’s fleet, as well as by Mil Mi-8 helicopters borrowed from other local operators.

Khabarovsk Airlines’ routes to destinations within the region that can be reached by ground transport have been temporarily suspended. “There is a threat of equipment failure,” Interfax news agency quotes Dmitry Kirsanov, deputy head of the regional department for transport and infrastructure, as saying.

An official inquiry is underway into the crash of a Khabarovsk Airlines L-410 near the town of Nelkan in mid-November, which resulted in the loss of six lives, including the two crew. A three-year-old child survived and was hospitalized with grave injuries.

According to the CIS-wide Interstated Aviation Committee, “the aircraft crashed into the woods 1,200 meters short of the runway at Nelkan airfield.” The airplane sustained considerable damage, but its flight data recorder is in good condition and will be analyzed.

Investigators have retrieved fuel samples for testing. Additionally, the aircraft’s engine will be sent to the Czech manufacturer Aircraft Industries. There are currently three possible theories being investigated: poor weather conditions, a pilot error, and a technical malfunction.