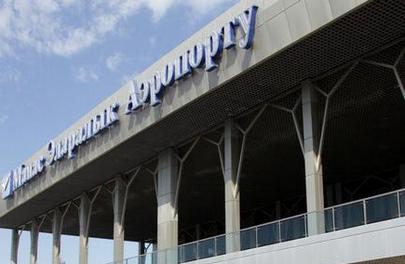 The initiative has been voiced by Manas International Airport, the managing company running both airports. The rise is a compulsory measure aimed at facilitating the settlement of large credits that were used to upgrade the airport infrastructure at Osh. The company estimates that by hiking the fee it will raise up to $4.3-5 million per year in additional revenue.

K-News newswire quotes Kyrgyz Deputy Minister for Transport and Communications Ulan Uyezbayev as saying that airport fees will be levied on foreign visitors arriving in Kyrgyzstan. “We should introduce this standard. We are now working on this issue with the Ministry of Foreign Affairs. Such practice exists in other tourist destinations: Egypt collects $10 [per passenger], for instance,” Uyezbayev said.

Kyrgyzstan’s national sustainable development strategy for 2013-17 calls for massive reconstruction of the country’s airports, not only the largest ones in Bishkek and Osh but also in Batken and Isfan, as well as the one near Lake Issyk-Kul, a major tourist attraction. There are also plans to develop a cargo transport cluster at Manas International Airport.

Manas introduced international passenger service fees in 2007, including the charge in the international air fare price. Increasing the fee by $5 should not be a problem for travelers, the airport management believes.