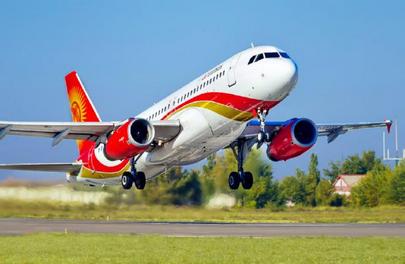 Kyrgyz carrier Air Bishkek will not be able to resume operations due to financial difficulties. As of today, the carrier’s only aircraft, an Airbus A320 with tail number EX-32002 is still parked at Zhytomyr Airport in Ukraine, where it arrived in mid-February for maintenance procedures.

“Our last commercial flight was in February, and we have not been flying since then. We were counting on being able to resume operations in April, but so far this is not coming together. If we don’t start by May, then, in my opinion, we’ll never restart at all. Re-entering the market in the low season would required a totally different amount of investment,” Air Bishkek’s representative told Russian Aviation Insider.

According to the representative, in 2015 the airline carried about 200,000 passengers in the environment of ongoing crisis in both the Russian and Kyrgyz economies, and the general decrease in air fares resulted in Air Bishkek’s revenues hitting bottom. According to the airline’s website, in the winter of 2015-2016 the airline operated six routes, mainly to Russia: from Bishkek to Moscow, Surgit, Urumqui in China, and Osh—the airline’s only domestic destination; and from Osh to Moscow and Irkutsk.

Kyrgyzstan’s Civil Aviation Agency is watching the carrier closely, but have not yet taken any measures. “At this moment, Air Bishkek has suspended flights because of some difficulties with the aircraft. We are now anticipating a direct reply from the airline’s management on the future prospects of the company’s development,” the regulator’s representative commented.

Top-managers of other Kyrgyz airlines, whom the Russian Aviation Insider surveyed, believe the return of Air Bishkek to the market is improbable. “The majority of Air Bishkek’s staff has already left the company and have found employment with other carriers; the pilots also have left. It will be quite challenging for them to restart,” one of them commented. “Air Bishkek is still a designated carrier on a number of international routes, and their Air Operator Certificate is still valid. Apparently, the airline’s management is in search for some financial solution to restart operations.”

The fact that the carrier’s only aircraft landed in Zhytomyr is no coincidence. It is the base of YanAir airline, which also manages and develops the airport. This airline is controlled by Ukrainian businessman Alexey Yanchuk. In 2006 he participated in establishing Eastok Avia FZE leasing company based in Sharjah.

It is Eastok Avia FZE, among others, that founded Air Bishkek. Alexey Yanchuk called Air Bishkek “a company, which is a part of our holding,” once in one of his speeches.

“The two airlines have partner relations, but in terms of commercial management, each airline is run autonomously,” a YanAir representative told Russian Aviation Insider. At the same time, at least one of the aircraft in YanAir’s fleet was previously operated by Air Bishkek. However, the airline ruled out the chance of the Kyrgyz carrier’s last aircraft’s transition to the Ukrainian sister company.

Air Bishkek, which was founded in 2007, was originally called Eastok Avia, then rebranded Kyrgyz Airways, and then received its current name in 2011. It used to operate primarily Boeing 737 CL. In 2013 it had two A320s in its fleet, one of which, the EX-32001, is now operated by YanAir.