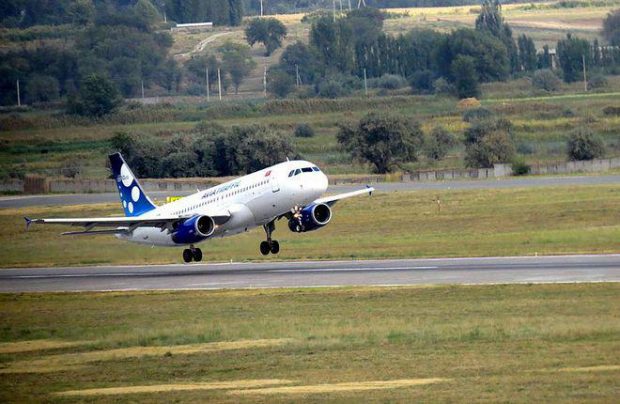 Kyrgyz Avia Traffic Company airline has continued its previously announced transition from Boeing 737 to Airbus A320 aircraft, adding the second airframe of the European manufacturer to its fleet. The aircraft, with tail number EX-32007, entered into operation in late November, Karim Daming, the airline’s CEO, told Russian Aviation Insider.

The aircraft was manufactured in 1993 and was leased by Danish Air Transport Leasing company. The aircraft has a single-class layout and is designed to carry 180 passengers.

Avia Traffic Company received its previous A320 in August this year. At present, besides the two A320 the airline operates three narrow-body Boeing 737-300 aircraft.

The airline had previously told Russian Aviation Insider that in the beginning of the next year, one of the Boeing 737 aircraft is scheduled to be decommissioned. According to the Avia Traffic Company, now the aircraft is operated less intensively and, most likely, it will be withdrawn from the fleet in March, after it reaches the C-check date.

Last year, Avia Traffic Company served 466 thousand passengers (a 4.5% increase year-on-year). This year its passenger traffic is expected to remain roughly at the level of the previous year; with airline’s passenger turnover to grow by about 10%, to 1.1 billion passenger-kilometers.