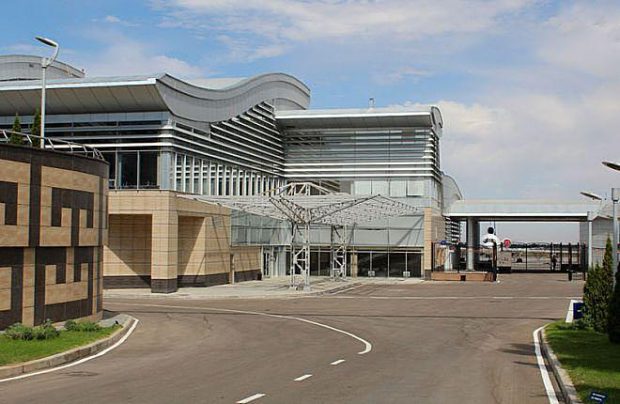 In the first half of 2018, traffic through Kyrgyz airports achieved parity with the same period last year (Bektour Iskender / Wikimedia)

After a period of dynamic growth, passenger traffic flows through the airports of Kyrgyzstan have started to slow down. Manas International Airport, the Kyrgyz airport holding, which manages five international and six regional airports throughout the country, including the main air gateway of Manas in the capital city of Bishkek, processed 1.661 million passengers in the first half of 2018, less than one per cent up on the same period last year.

In the six-month period, the domestic segment shrank 4.4 per cent year-on-year, to 608,000 passengers. The international sector has been slightly better off, growing by 3.8 per cent more than the first half of 2017, to 1.54 million passengers.

Osh, the second largest airport, served some 669,300 passengers, up 1.8 per cent. Domestic routes proved less popular here too, experiencing a decline of 4.4 per cent year-on-year. At the same time, international traffic grew faster than through the capital, up 7.7 per cent to 366,200 passengers.

Issyk-Kul Airport, which serves the country’s most popular travel destination of lake Issyk-Kul, the world’s seventh deepest lake, located at a height of 1,609 metres in the northern Tian Shan mountains range in the east of Kyrgyzstan, served just 235,000 passengers in six months, down 43.8 per cent year on year.

In 2017, Kyrgyz airports collectively handled some 3.586 million passengers, a 16.3 per cent improvement on the previous year.