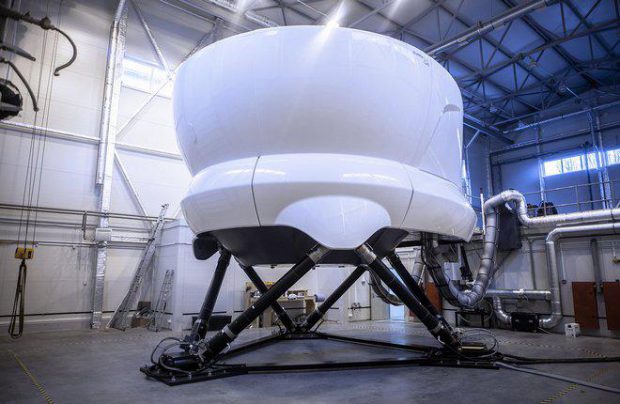 The simulator features new visualization system designed by Kronstadt. Called Aurora 3, the system “combines photorealistic image, the algorithms for which are based on the principles of distribution and reflection of light, and uses actual satellite surface images to create the virtual surroundings,” the designer explained. Aurora 3 can be operated off COTS hardware.

Another feature of this particular simulator are high definition LED projectors. Their time between servicing is extended five times compared to conventional lamp devices.

The contract for the simulator was signed at the end of 2014. Kronstadt Group has previously delivered Level D simulators to the St. Petersburg university. Besides the Boeing 737-800, there are simulators for other aircraft types, including Yakovlev YaK-18T, Cessna 172S and Diamond 42NG trainers.

According to FATA, Russian higher education institutions received 31 fixed and rotary wing aircraft simulators in 2015. However, Moscow State Technical University of Civil Aviation previously was the only one to receive 737 FFS.