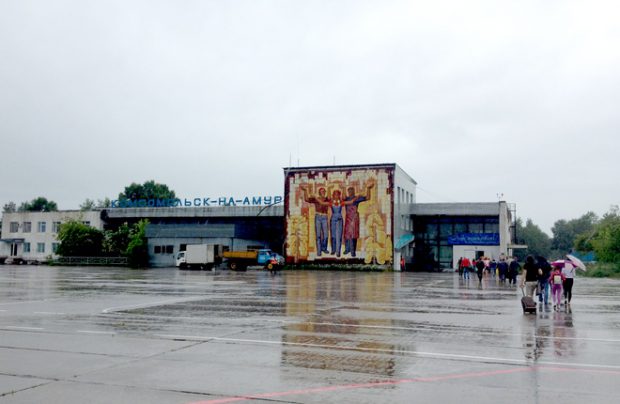 The airport located in the city of Komsomolsk-on-Amur in Russia’s Fart East is getting a new owner, according to information from the Federal Agency for State Property Management. The airport, known by the name Khurba, was sold to St. Petersburg real estate company EWM Nedvizhimost at an open auction in May of this year.

The initial cost of the airport’s stock of shares was 61 million rubles ($0.97 million), but the St Petersburg company ended up paying 70.15 million (over $1,1) for it. EWM Nedvizhimost specializes in construction work, including airport construction.

There are plans to restore flights out of Khurba to such destinations in the Russian Far East as Khabarovsk, Yuzhno-Sakhalinsk, Nikolaevsk-on-Amur, Okhotsk, Vladivostok, Petropavlovsk-Kamchatsky, Irkutsk and – eventually – Mocow. It is expected that the airport will launch at least five regional flights a week, according to Viktor Lysenko, head of Komsomolsk-on-Amur’s department of transportation.

The new owner intends to bring changes to the airport within the next two years, including the acquisition of two new aircraft, the types of which were not specified, and the renovation of the airport’s terminal.

Currently, the airport is not in operation. The Russian carrier VIM-Avia used to offer service to Khurba, but it was later canceled due to low demand. The date in which flights out the airport will be officially relaunched has not yet been announced, but it is expected that regular flights to Khabarovsk will begin sometime this autumn.