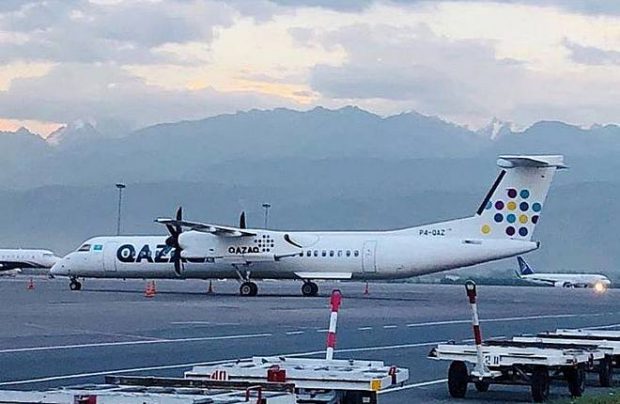 The airline insists that both routes are ‘socially significant’ because in serving the remote localities they are ‘improving the transport accessibility’ of Kazakhstan’s regions. Also, within the summer season, the airline is to resume flights to Osh and Bishkek in neighbouring Kyrgyzstan, as well as to Astrakhan in Russia.

The airline’s traffic total for this year is close to 380,000 passengers carried on more than 6,000 flights. Although that is a solid 24 per cent improvement on the results of 2018, the figure remains short of the projected 420,000 passengers Qazaq Air had targeted. The shortfall was partly due to fiercer competition in Kazakhstan’s price-sensitive domestic market after national carrier Air Astana launched its low-cost FlyArystan division in May this year.

In 2019, Qazaq Air took delivery of two new aircraft and now operates a fleet of five De Havilland Dash-8-Q400NG (previously known as the Bombardier DCH-8-400) turboprop aircraft with an average age of less than three years. This year’s main challenge has been the transfer of bases from Almaty to the capital Nur-Sultan, giving way to start-up LCC FlyArystan. However, the changes enabled it to expand its offer of scheduled regional services whilst improving the efficiency of fleet utilisation, the airline claims.

Among other achievements of this year, Qazaq Air once again successfully passed IATA’s Operational Safety Audit (IOSA) and was accepted as a member of the international association.