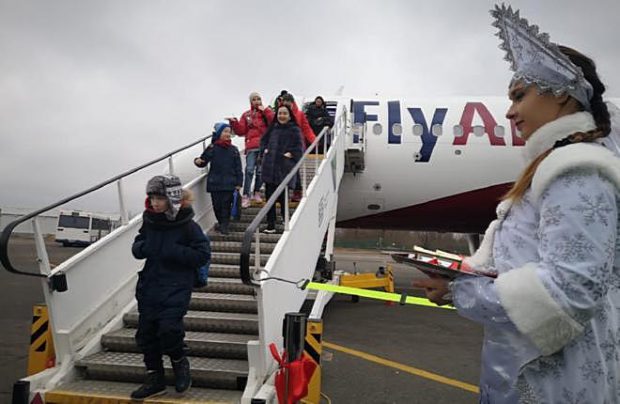 Kazakhstan’s only low-cost airline FlyArystan, the budget division of the nation’s flag carrier Air Astana, has landed its first international flight. On December 13, utilising an Airbus A320 with registration P4-KBD, the airline operated a flight from Kazakhstan’s Nur-Sultan (IATA: TSE) capital to Zhukovsky (ZIA) airport near Moscow. The aircraft, the fourth in its fleet, had been transferred just a few days ago to FlyArystan from its parent airline’s fleet.

Several airlines currently offer services between the capitals of the two friendly nations, albeit to different airports. Aeroflot flies from Sheremetyevo and S7 Airlines has recently been granted second-designated carrier rights on the route from the Russian side, operating from its Domodedovo Moscow base. Its Kazakh code-share partner Air Astana (the full-service parent of FlyArystan) also flies to Domodedovo, whilst private Kazakh carrier SCAT Airlines operates flights to Vnukovo.

FlyArystan’s daily return services are operated under its parent Air Astana’s flight code, since the low-cost carrier does not yet have its own Air Operator’s Certificate.

FlyArystan’s further route network expansion plans include flights to Moscow from Aktobe and Karaganda, the airline’s prospective new 2020 bases. It is also considering launching service to popular regional Russian airports, such as Nizhniy Novgorod and Sochi. Other potentially interesting destinations include Bishkek and Osh in Kyrgyzstan, airline says.

LCC FlyArystan launched operations in May 2019 from Almaty, flying to six domestic destinations across Kazakhstan using four Airbus A320 aircraft each configured with 180 seats. Its targeted traffic for this year is 700,000 passengers, whilst next year the airline is planning to expand its route network to 40 destinations as it brings its fleet to 10 aircraft.