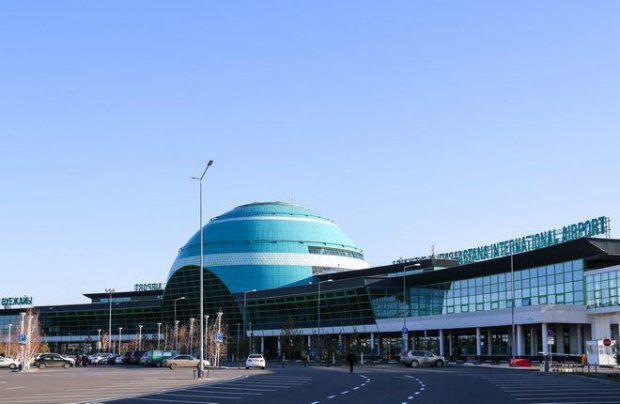 Kazakhstan’s Minister of Investment and Development Zhenis Kassymbek has reported on the 2017 performance results for the country’s air travel industry. According to him, the 20 Kazakh airlines carried a combined total of 7.4 million passengers last year, or 23% up on 2016. The figure is forecast to reach 10 million by 2020, a 35% increase on the 2017 results.

Kassymbek emphasized the importance of transit traffic to the development of the Kazakh air travel market. The number of transit passengers through the country reached 620,000 in 2017. Though a modest figure in itself, it was 30% higher than the year before and had been growing steadily for the past several years. The 2018 target is 900,000 transit passengers. By 2020, the figure should reach 1.6 million.

To stimulate transit traffic growth, Kazakhstan in 2017 introduced a trial three-day visa-free regime for Chinese passengers traveling through Astana and Almaty airports with Kazakh airlines. The regime has now been prolonged for one year, until the end of 2018. The key transit routes from China via Kazakhstan are to the EU, Turkey, Russia, and Ukraine. A similar measure is being mulled for Indian travelers.

In parallel, the country is developing domestic air services. As one of the measures, the government will allocate over 23 billion tenge ($99.8 million) for purchasing light aircraft seating up to 20 passengers, the demand for which experts believe to stands at about 20 airframes until 2020. These will be operated by a local airline called Zhetysu.

The government also plans to fund improvements to ground infrastructure, including at five airfields with concrete runways and 11 with dirt strips.

Kazakhstan’s airports served 14.2 million passengers in 207, up 17% year-on-year, reads a report on the Kazakh prime minister’s website. Last year saw the completion of a new passenger terminal at Astana as part of the government’s infrastructure development program. The country’s main airport has the ambition to become a major transit hub. A plan is currently being reviewed to bring down airport fees at Astana in order to facilitate further development of the air transport industry in the region.

Kazakhstan’s government is also working to attract new carriers to the country and open new international routes. The pilot open skies project implemented during the EXPO 2017 exhibition provided foreign airlines with the opportunity to operate up to seven daily flights to Astana from any airport in the world, Talgat Lastayev, chairman of Kazakhstan’s Civil Aviation Committee, told InformBureau newswire. As a result, 10 new routes were established during that period.

Lastayev added that Air Astana and SCAT Airlines are planning to launch new routes in 2018, some of which will be to destinations in Russia, particularly in Siberia: “There are many cities [in Siberia] whose population exceeds 1 million, and these need to be linked to our network because we provide access to Southeast Asia, China, and Iran. So we are talking transit passengers, which are exactly what our country is going to focus on.

“Our flights to Seoul, Beijing, Urumqi, Kuala Lumpur, and Paris provide Russian travelers with flights to those regions with which there are no direct connections [from Russia]. We want them to fly via Kazakhstan. It is with transit traffic in mind that we are launching flights to Tyumen, Krasnodar, and Sochi. Russia’s Angara Airlines has expressed its interest in flying to Kazakhstan from Baikal Territory.”

Kazakhstan’s airlines saw their traffic growth rate slow to 1.7% year-on-year in 2016, whereas the Kazakh airports’ traffic did not grow at all that year.