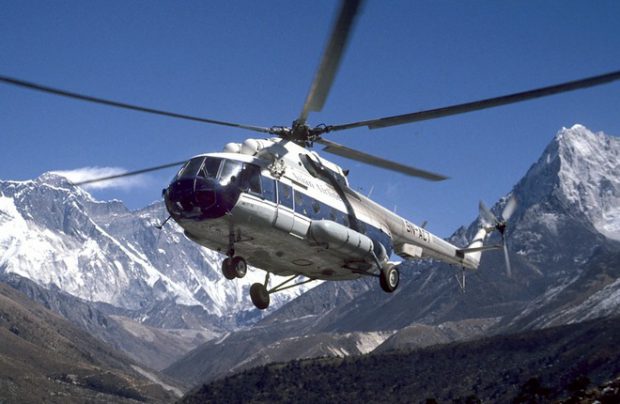 Russian Helicopters has signed a supplementary agreement with Kazakhstan Engineering and Aircraft Repair Plant (ARP) No 405, both of which are Kazakh companies, to supply an initial batch of 17 semi-knockdown kits produced by Russia’s Ulan-Ude Aviation Plant for the assembly of Mil Mi-8AMT/Mi-171E helicopters in Kazakhstan.

The Xinhua wire agency reports that the Ministry of Industry and Infrastructure Development of Kazakhstan has revealed that the deal is worth US$460 million. The first batch of eight helicopters is due to be delivered next year, with the remainder by 2026. According to the ministry, the helicopters will be adapted to the specific requirements of the customers.

“The technology for assembling heavy helicopters has been introduced to Kazakhstan for the first time and this is a significant step in the development of Kazakhstan’s helicopter industry,” insists Kuanysh Bishimov, chairman of the board of Kazakhstan Engineering.

“Our cooperation will assist in the modernisation of Kazakhstan’s rotary-wing fleet and in the enhancement of the scientific and technical potential of local [Kazakh] enterprises,” points out Andrey Boginsky, chief executive of Russian Helicopters.

An outline agreement, signed in January, foresees the local assembly of a total of 45 kit versions of the helicopters delivered to Kazakhstan up to 2025. The agreement envisages that Russian Helicopters will certify the assembly line in Kazakhstan, assist the country in providing through-life support (TLS) for the assembled platforms, and deliver training for personnel. This agreement followed the signing of a related 2017 memorandum of understanding (MOU).

Kazakh’s Aircraft Repair Plant No 405 already has considerable experience in the maintenance and overhaul of Mil helicopters. Beibut Atamkulov, Kazakhstan’s Minister of Defence and Aerospace Industry, in 2018 reported to the nation’s parliament (Majilis) that up to 10 front-line helicopters and four military transport aircrafts are to be repaired at the ARP № 405.